Here are some of the stories happening on Maui around the span of October 20, 2017.  Get the quick wrap-up in our video above with Maui Now’s Kiaora Bohlool.

Maui Crime Stoppers is on the lookout for the driver in a fatal hit-and-run accident, which happened just before 8 p.m. on Sunday, October 15. A white quad-cab pick-up truck heading north on Waiele Road struck a pedestrian walking east across the road.  That pedestrian, 54-year-old Floyd Nahinu Junior of Wailuku later died at the hospital. This is our island’s 13th traffic fatality since January 1st. See a photo of the truck that fled the area in our news story.

Maui Fire crews were busy Wednesday, Oct. 18 with two brush fires occurring in the Pā‘ia and Ha‘ikū area. Reports of the Pā‘ia brush fire happened around 1:30 p.m. on Wednesday and it was extinguished around 5:30 p.m. The Ha‘ikū brush fire started around 6:30 p.m., shutting down Hana Highway from Maliko Gulch to Pauwela Road. Five homes were evacuated in the Ha‘ikū fire. See more details in this article.

A number of ocean rescues happened over the weekend of October 14, spurred by strong winds across Maui. A total of seven people got swept out over two days, and a mix of lifeguards, fire crews, family and bystanders helped to bring them in. Four people were on stand-up paddle boards, two were using flotation devices and one was in an ocean kayak. No one was hurt.  That story is here.

A private laboratory has been given the “green light” to start testing medical cannabis on Maui. Pharmlab Hawai‘i LLC is the second lab here to meet the requirements and receive Department of Health approval for medical cannabis testing. Labs must be able to accurately test for active ingredients and compounds like THC, along with heavy metals, pesticides, bacteria, molds and toxins. Officials say local dispensaries will no longer have to transport their cannabis samples to O’ahu, making the process faster and more cost-effective.  More details are here in our article.

Hawai‘i’s largest culinary celebration descends on Maui from October 20 to 22! The Hawai‘i Food & Wine Festival kicks off its statewide tour in Ka‘anapali with a charity golf classic on Friday, Oct. 20. Then there’s a walk-around dining event on Saturday at Sheraton Maui, and a sit-down seven-course dinner at the Hyatt Regency on Sunday evening.  Get details and ticket info in our Dining story. 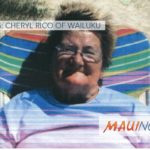 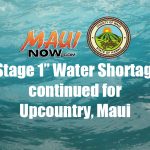