During the discussion Rep. Gabbard explained her  reasons for voting against a house bill calling it a “corporate tax cut giveaway.”

“One of the most egregious parts of the bill that I found was that the major tax cuts that were given to corporations were made permanent, while individual tax cuts that would only affect some middle class families–not all–were temporary and would expire in about 10 years.  And those middle class families would be faced with an even higher tax rate when those cuts expired,” said Rep. Gabbard.

She said that while there is no doubt that the tax code needs reform, she said it should be done “in a way that is bipartisan, and that strengthens working families.”

Both the House and Senate have passed tax reform proposals that Rep. Gabbard said “would provide little to no relief through temporary cuts for some in the middle class, while corporations get huge permanent tax cuts and more handouts.”

“Our telephone townhall was an important opportunity to share the facts about what is at stake for the people of Hawaiʻi under the Republican tax proposals, as well as to share critical information and resources for Hawaiʻi taxpayers ahead of the upcoming tax season. As Congress goes to conference committee on the current tax proposals and moves closer towards a final vote, I will continue to ensure my constituents’ concerns are heard and stand against this wrong-headed legislation,” said Rep. Gabbard. 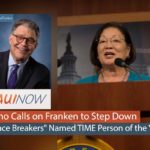 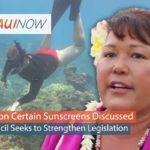