A resolution recommending a moratorium on sand mining in Central Maui surfaces again for first reading at the council’s next meeting on Dec. 15 after the item was deferred earlier this month. 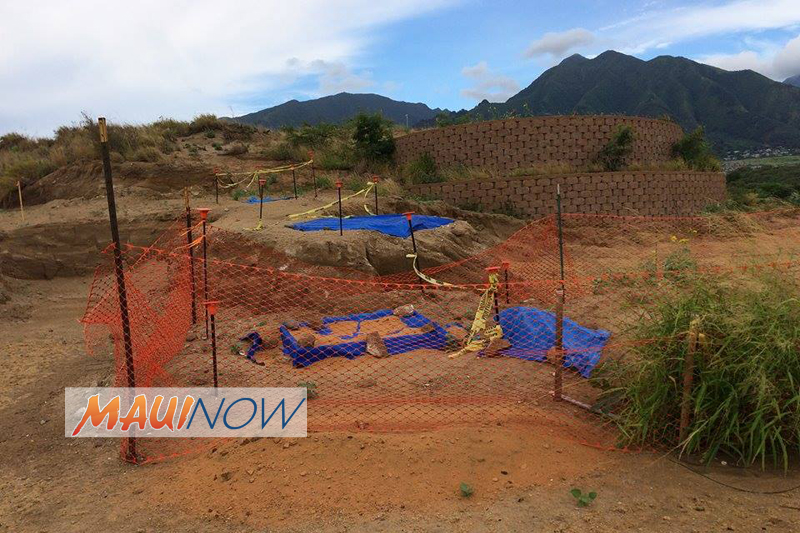 The item was introduced by Maui County Councilmember Elle Cochran and seeks a six month moratorium in order to obtain further analysis and proper regulation, as well as protect Hawaiian historical, cultural or archaeological sites and unmarked human burials.

Among those who testified during a Dec. 5, 2017 meeting was Napua Greig Nakasone who served for three years on the state Land Use Commission.  Greig Nakasone said that during her time on the commission, she became privy to issues relating to the area being discussed and the neighboring area of Waiʻale.

“I’m here with no interest but to preserve our histories, to respect our sacred places and to maintain our connection as kanaka maoli to this ʻāina.”  She said that those who showed up and testified in opposition of the measure have alleged “special development interests.”

Greig Nakasone said that in 2012 an archaeology inventory was conducted, including work done in conjunction with sand mining activities at Waiʻale.  In that survey, Greig Nakasone said archaeologists testified that over 400 sets of remains were found during test digs alone.

“They testified to some of these remains being those of our aliʻi, and when asked by the state Attorney what led them to this conclusion, they very nonchalantly said that they found these iwi buried with kahili, lei niho palaoa, and intended to move these iwi to a puʻu–a hill–make a nice sidewalk and a signage where to plant natives, and this is our cultural preserve,” Greig Nakasone said.

“Sadly, I was the only commissioner to vote against the petition, and in my deliverance of my decision, I told them that the cultural preserve plan showed their ignorance to our culture and really made me literally sick. I went home and cried and had to throw up because I was so bothered by what was happening and it continues to happen.”

She said that it’s important to note that the State Historic Preservation Division and the Burial Council are advisory boards.  “When I asked the SHPD people that were there, how many times has this department actually gone back to a petition to see if they complied with the advisement–zero.  They’d never gone back. So, they’re totally underfunded and this has been problematic forever, and a resolution holds no weight. A resolution asking our governor to adequately fund them doesn’t hold any weight, and I’d like to urge you and remind you or say that the buck stops here with you and with us.”

“You have it in your power to control and stop the mining of our natural resources–to stop the desecration of our kupuna and keiki and stop the attack on our identities as kanaka, and our right to lay peacefully forever in the sands of our birth,” Greig Nakasone concluded.

Among those who testified against the measure was David Arakawa from the Land Use Research Foundation of Hawaiʻi.  The foundation includes members who are large landowners across the state, including on Maui: Kamehameha Schools, A&B, Gentry Homes and Maui Land and Pine. Arakawa, who served as a prior Corp Counsel for the City and County of Honolulu for eight years, said his testimony is based on legal analysis of the bill.
“We understand that there were legitimate concerns underlying the bill. We just feel that this bill–the issue of a moratorium and the section that it is in is not legally defensible.  We do appreciate the number of revisions that were made to this bill–but that’s the point–the reason for the numerous revisions were because this is the wrong vehicle to get to the intent of the bill,” said Arakawa.
“We understand [that] Councilmember [Don] Guzman has a bill, and we’ve looked at that bill, and that looks like a more reasonable bill, if it’s put in an existing administrative process that has enforcement and penalties. And so we feel that would be just as effective,” said Arakawa.
“We believe that this bill or addressing this should be in Chapter 19–the zoning regulations rather than in a brand new section,” said Arakawa.  “It’s interesting because the current draft calls for expanded penalty provisions, but there is no enforcement provisions in this new chapter–Title 20.  So it doesn’t make sense.  It’s inconsistent,” he said.
Arakawa pointed to several technical and legal inconsistencies saying, “The second point, factually is
that right now, the moratorium is not necessary, and we’ve already talked about–it may not be the proper mechanism.”
There are three legal criteria (the corporation counsel can address this) is(1) acting in response to a dire necessity; (2) the action is reasonably calculated to alleviate a crisis condition; and (3) that the county is presently taking steps to rectify the problem,” said Arakawa.  “Based on the testimony that’s come forth… those three criteria are not satisfied.”
Arakawa said the bill is inconsistent in that it “only attacks sand in central Maui.”  He continued saying, “If there are those kinds of concerns about taking sand off island or protection of cultural, archaeological, or the iwi–that occurs in sand all over the county,” said Arakawa.
He concluded saying these types of situations occur everywhere, including in mountains and in caves, and are not restricted to sand dunes.

The Association of Hawaiian Civic Clubs recently adopted a resolution at their 58th Annual Convention in Seattle, Washington, urging the Maui County Council to prohibit the extraction of sand from the Puʻu One Sand Dunes and asking the Honolulu County Council to prohibit the importation of sand from the Central Maui Sand Dunes for the Honolulu Rail Project.

The Malama Kakanilua group has been actively advocating for the last 10 years to protect the ancient Hawaiian burials found throughout the Central Maui Sand Dunes.

The Resolution supporting the proposed moratorium was presented to the national association by the Lahaina and Oʻahu Hawaiian Civic Clubs. 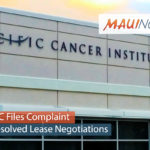 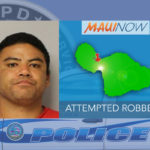