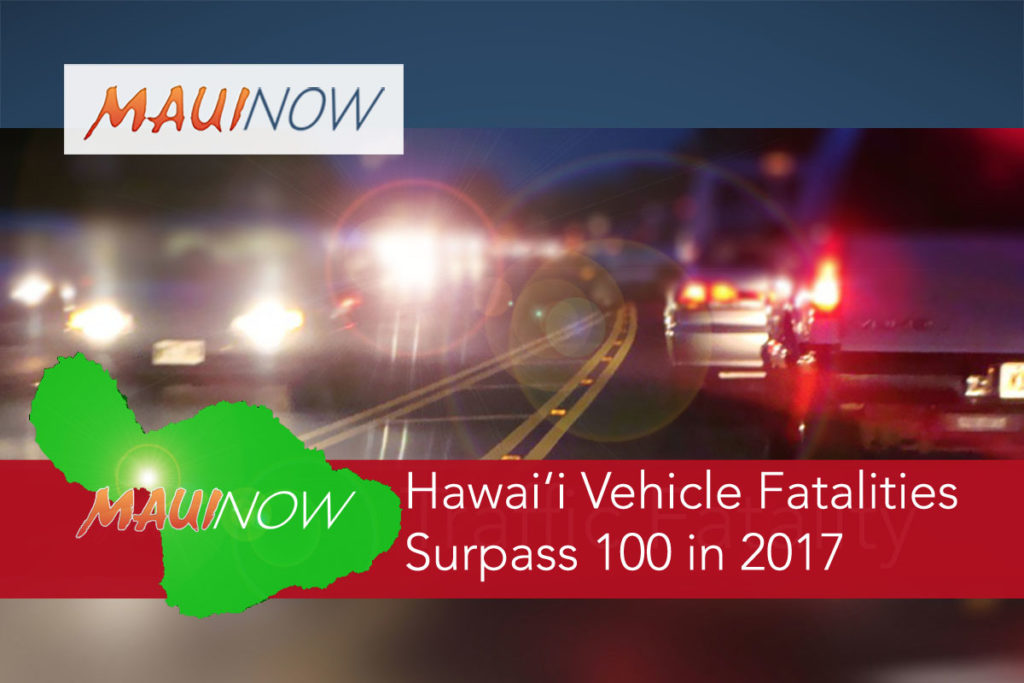 With three weeks still left before the new year, the number of motor vehicle fatalities in the state has already surpassed 100, according to new data compiled by the Hawaiʻi Department of Transportation.

The DOT reports that there have been 11 traffic fatalities since the release of November’s preliminary year-to-date traffic fatality data on Nov. 15, 2017.

In Maui County, there have been 17 traffic fatalities so far this year, compared to 23 the same time last year.  The most recent incident involved a motorcyclist who suffered fatal injuries in a traffic accident in Haʻikū on Monday, Dec. 11, 2017.

“Tragically we are now at 101 traffic fatalities statewide,” said HDOT Deputy Director for Highways Ed Sniffen. “That’s 101 mothers, fathers, sisters, or brothers that are lost to their families and friends this holiday season—and beyond. At HDOT we are prioritizing safety in every project we do and we’re asking everyone to make safety on the streets and sidewalks a priority too. Working together, we can reduce Hawaiʻi’s annual traffic fatalities from 101, to 80 or fewer by 2018, toward the ultimate goal of zero deaths.”

All road users—motorists, pedestrians, motorcyclists, and bicyclists—can help reduce preventable deaths on Hawaiʻi roadways by avoiding the top contributing factors in traffic fatalities. These factors are speeding, driving under the influence of drugs and/or alcohol, and distracted driving.

In 2016, 46 of 109* fatal crashes involved speeding, contributing to roughly 45% of the year’s 120 fatalities. Drivers in 64 of the 109 fatal crashes tested positive for alcohol and/or drugs, accounting for 73 deaths. Finally, approximately 13.7% of the fatalities on Hawaiʻi’s roads in 2016 were determined to have had distracted driving as a contributing factor.

Drivers, pedestrians, motorcyclists, and bicyclists are encouraged to visit the HDOT Safe Communities page and the Hawaiʻi Strategic Highway Safety Plan website to learn more about simple measures they can take to ensure their own safety and the safety of their families and friends.

Motor Vehicle Fatality Counts: To be considered a motor vehicle fatality in the state of Hawaiʻi, the fatal crash must involve a motor vehicle traveling on a traffic way customarily open to the public and must result in a death of at least one person (occupant of a vehicle or a non-motorist) within 30 days of the crash.

Note on 2016 Crash Statistics:  There were a total of 109 crashes resulting in 120 fatalities. Some crashes may have had more than one contributing factor. 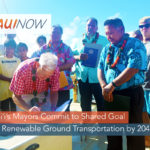 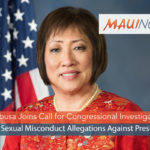