Here are some of the top stories on Maui around the week of December 11, 2017.

A 36-year-old Hāna man was arrested last week for allegedly stabbing another male near the Olowalu recycling center after an altercation. Shaun Nishida was arrested for the alleged offense of 2nd-degree attempted murder and is currently being held without bail. The victim, a 45-year-old Lāhainā man, was transported to the hospital in serious condition and treated for his injuries.  Details in this story.

An investigation has been launched into a deadly plane crashed that killed two people near Maunaloa on Moloka‘i over the weekend. Authorities say the Cessna 206 aircraft crashed while inbound to the Moloka‘i airport under unknown circumstances, and that the aircraft was searched earlier in the day on Sunday.  The Federal Aviation Administration and National Transportation Safety Board will investiagte the crash.  See details here.

A Kahului man suffered fatal injuries in a motorcycle accident in Ha‘ikū earlier this week. According to police, 64-year-old Dean Line Senior’s 2017 Harley Davidson was traveling north on West Kuiaha when it drifted onto the right shoulder and collided with the guardrail. The rider was ejected, struck the guardrail and was pronounced dead on the scene. The road was closed for about three hours. Get more information in this article. 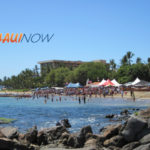 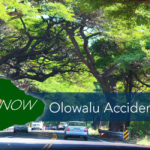