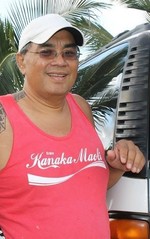 Stephen Boy worked at Hāna High and Elementary School as the Cafeteria Manager. He was a proud 4 year Border and graduate of Lahainaluna High School; Class of 1981. He was a generous man who loved to cook and be of service to his community, school, family and friends, and Hana has lost a beloved son. 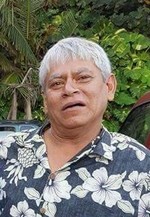 A Celebration of life will be held from 2 to 7 p.m. on Friday, Dec. 29, 2017, at the Hawaiian Homes Community Center in Paukukalo.

John worked as a production manager for Azekas. He retired from Hale Pauhana as a Maintenance Groundskeeper. He loved spending time listening to music with his Ohana and friends, fishing, fixing vehicles and small engine equipment. Traveling to Las Vegas any chance he could. He also enjoyed cooking especially his famous Loko and Pork & Peas for family gatherings. 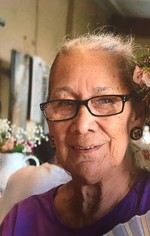 Annette was raised in the Waimea and Kekaha districts on the island of Kauaʻi. Attending Waimea High School, where she was an honor student while participating in volleyball, basketball, softball, swimming and cheerleading. Her natural, athletic beauty led to occasional modeling jobs and being used as an extra in the Hollywood films “Pagan Love Song” and “Bird of Paradise”.

After graduating in 1952, Annette attended Woodbury College in Los Angeles for two years before working as a secretary in the late 50’s. It was during this time, she met her future husband of 60 years, Robert “Bobby” Spenser; through friends in L.A’s tight knit Hawaiian community. They married in 1957 and returned to Bobby’s Maui home for good in 1961, where they raised seven children. She retired as an executive secretary for MEO in 1999.

The family would like to thank Islands Hospice for their brief but caring service during mom’s final days.

Celebration will be announce at a later date.

Harry Toshio Hori, 89, of Kamuela peacefully passed away on Dec. 4, 2017. Harry was born Nov. 15, 1928. He served in the National Guard Reserve and was Co-Owner of Honokaʻa Bakery and Retired Owner of H T Hori Farm.

Steven “Steve” Paul Keezer, 58, of Ocean View. He passed away Dec. 1, 2017 in Kona. Steve was born in Deerborn, Michigan to Richard Keezer and his wife Melania. He was a Computer Progammer for General Electric (GE).

He is predeceased in death by his father, mother and grandmother Stefania. 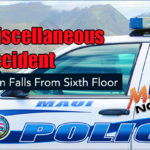 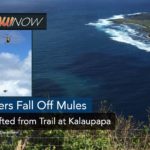