“Ohana means family, family means nobody gets left behind, or forgotten,” (Lilo & Stitch).
If your path ever crossed Bobby’s either here on Maui, or the mainland, you know Ohana extends beyond blood to include you as well! Bobby spent 80 years living Aloha.

He first learned to “love-well” while living in Cardiff-by-the Sea, California with his mother Jovita and his father Jose and his seven siblings, Lena, Sal, Joe, Angel, Anita, Elena, and Frank.

Toni, his bride of 56 years, taught him to extend the tent pegs of Ohana to include everyone: co-workers, neighbors, people you see regularly, the postman, the grocery clerk, the gas station attendant. No one was overlooked or unimportant. Bobby and Toni lived Aloha and Ohana.

Bobby’s pride and joy were his three children and their spouses, Gianna and Scott, Mo and Di, and Nena and Neal Wakayama. His seven grandchildren, Billie, Megan, Zach, Taylor, Kiernan, Jake, and Coby filled his cup of joy to overflowing.

The family would like to pass their heartfelt gratitude for the wonderful love and support from the staff of Islands Hospice, Lorelei his caregiver, Kokua Medical, and Printers Inc. & Wailuku Rapid Print.

The family wishes to express gratitude for the support and care received from Island Hospice Home during this difficult time. 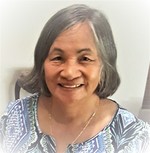 Teresita (Tessie) Amarillo Cabanting, 69, of Kīhei, passed away on Dec. 21, 2017, at Maui Memorial Medical Center surrounded by her Family and friends. She was born on Oct. 3, 1948, in Villa Viciosa Abra, Philippines. 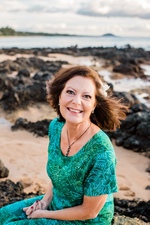 Julia Rauenhorst Vogt passed away on Dec. 19, 2017 at Hospice Maui Hale surrounded by her family after a short yet courageous battle with pancreatic cancer. She was born on Aug. 21, 1956 in Olivia, Minnesota and was the third of six sisters.

Julie graduated from Olivia High School. Julie lived in Tucson, Arizona and later moved to Springfield, Illinois where she received her bachelors and master’s degree from the University of Illinois – Springfield. She worked in Human Resources and raised her daughter, Becky.

Throughout her childhood, her family visited Maui frequently where she established many lasting relationships and fond memories. It was with great joy that in 2001 she made Maui her home. She worked in real estate, property management, and was self-employed. On Maui, Julie discovered her real passion in life was saving and rescuing cats. She regularly volunteered for various animal organizations and helped with spay/neuter clinics. She rescued and fostered hundreds of kitties. Her motto was “saving lives, one cat at a time.”

Julie will be remembered for her vibrant, welcoming personality, her hospitality and her genuine spirit of aloha. She was a loving partner, mother, daughter, sister, auntie, and a doting tutu.
Julie was preceded in death by her father, Robert Rauenhorst. She is survived by her mother Mary Ellen Rauenhorst of Olivia, MN, her sisters Mary (Greg) McLaughlin of Elkhorn, WI, Barbara Cipro of Kihei, HI, Renee (Ken) Dooner of Bird Island, MN, Paula (Ricci) Borba of Anaheim, CA, and Sara (Tom) Maher of Olivia, MN, her partner Ricky Sarol of Kula, HI, her daughter Rebecca (Ryan) Like of Anahola, HI, her grandson Manalau Like, and twenty-two nieces and nephews.

In lieu of flowers, the family requests that donations be made to Feral Cats Maui, PO Box 555, Kula, HI 96790. It was Julie’s wish that a permanent cat sanctuary be established on Maui. The family would like to acknowledge and express their gratitude to Hospice Maui for their loving care and amazing facility. 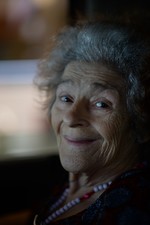 Kenneth worked as a general contractor. 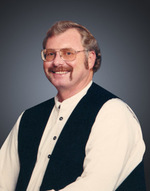 Daniel worked for South Pacific Motors as a mechanic. 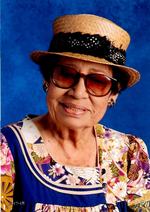 Norma was a pre-school teacher at Noahs Ark in Kahului.

LeVan lived in California for 30 years and lived the rest of his life in Hawaiʻi.

Private family services to be held.

John Robert Kings Thompson, 59, of Ocean View, passed away on Dec. 15, 2017. He was born in Iowa City, Iowa. John worked as a coal miner and served his Country in the Marines.

Services will be at a later date. 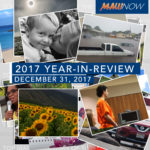 Year in Review: A Look at Maui's Top Headlines from 2017 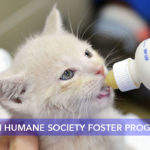