A home in South Maui sustained $10,000 in damages during a fire on Wednesday afternoon at 1672 Kahaone Place in Kīhei.

Maui Fire Department officials say the fire originated within a wall that divides the main home from an extension of the house.

The fire was reported at 12:54 p.m. by neighbors who heard smoke alarms and observed smoke coming from the home.  Crews arrived on scene at 1:01 p.m. to find heavy smoke coming from ventilation openings of the roof.

Department Acting Public Information Officer Paul Haake said there was no one home at the time of the fire and an investigation shows no indications that the fire was intentionally set.

Because some electrical wiring was compromised in the fire, the electrical power to the structure could not be turned back on.

The Red Cross is assisting the occupants of the home with immediate needs. 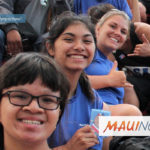 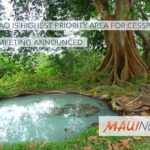