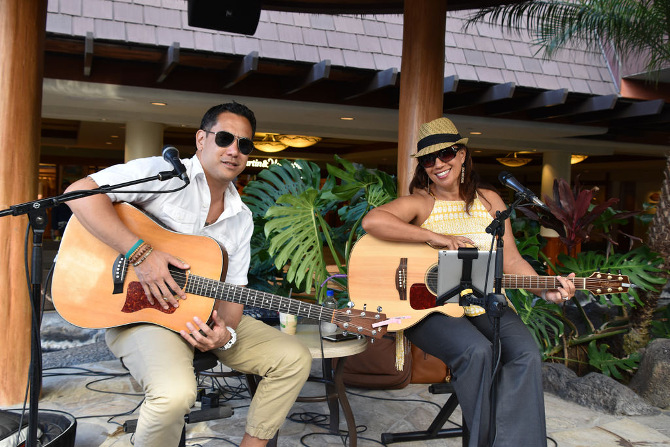 Award-winning recording star, Lehua Kalima has been performing for over 30 years in Hawai‘i and beyond since she and two friends formed Nā Leo Pilimehana in high school. When they won an original song competition for their single, “Local Boys,” it became a cult hit. The trio has garnered over 20 Nā Hōkū Hanohano Awards, and Lehua has won an unprecedented three individual songwriter awards for Song of the Year. Her solo release, Rising in Love (2011) was honored as Contemporary Album of the Year. She continues to entertain audiences as part of Nā Leo Pilimehana and also with Shawn Pimental as a duo. 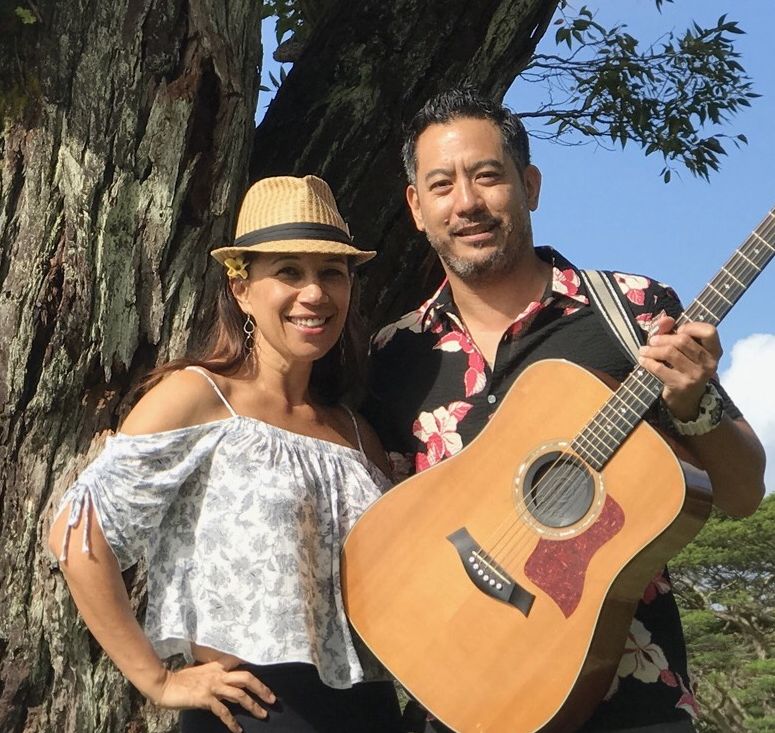 Consummate musician and award-winning record producer, Shawn Kekoa Pimental has performed with some of the islands’ leading recording artists, offering his talents on guitar, drums, bass and vocals. He has toured the world as a music director and member of several world-renowned artists’ bands. He is co-owner of a premier recording studio in Honolulu, Studio Ala Moana. Shawn owns the record label, Koops2 Entertainment, which represents both top and emerging artists from Hawai‘i whose musical styles range from reggae to traditional and contemporary Hawaiian. For the past five years, he has recorded and performed with Lehua Kalima.

Limited seating is provided for the outdoor concert; blankets, mats and low beach chairs are welcome.  The ongoing Hawaiian Music Series program is sponsored by Hawai‘i Tourism Authority and the County of Maui Office of Economic Development with support from KPOA 93.5FM. 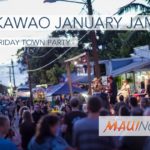 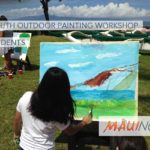