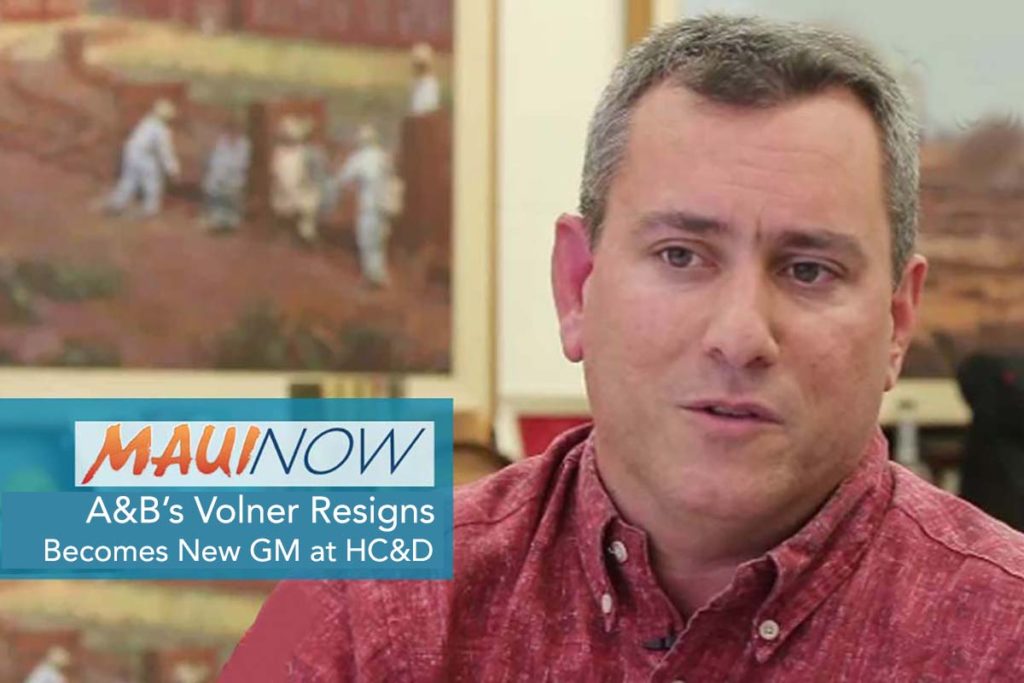 Rick Volner, vice president of diversified agriculture at Alexander & Baldwin is resigning his post as he prepares for a new opportunity as general manager of Maui operations for HC&D (formerly Ameron).

“Having worked closely with Rick for more than a decade, I have nothing but the highest praise for him and appreciation for the leadership he has provided to our agricultural operations,” said Chris Benjamin, A&B president and CEO.

Benjamin continued saying, “As general manager of HC&S for six years, he provided a steady hand for our employees on Maui, especially as he guided them through the difficult cessation of our sugar operations. Since then, he has successfully launched our transition to diversified agriculture. His commitment to our employees and to Maui can be seen in the significant progress we’ve made in keeping Central Maui in agriculture. An engineer by training, Rick’s new role at HC&D will provide him with challenges for which he is well prepared. I want to congratulate Rick and wish him nothing but the best.”

With Volner’s help company executives say A&B has made significant progress in transitioning its former sugar lands into a patchwork of farms and ranch operations.

After a year, A&B has 4,500 acres of active ranching and farming, which includes grass-fed cattle ranching, pongamia, sweet potato, and biogas feedstock crops for a Maui County renewable energy project.

There are an additional 15,000 acres under active negotiations for new agricultural ventures, including non-GMO sorghum for energy and animal feed, coffee, and other local farmers interested in food crops.

An additional 800 acres are slated for a Maui County agricultural park, geared and sized for local farmers interested in working smaller plots of land.

Volner will remain on the job as A&B conducts a search to find a replacement to head its diversified agriculture efforts.

In March, he will begin a gradual transition into his new role, but remain active with A&B through a lengthy transition period.

In addition, after joining HC&D, Volner will continue to support A&B’s diversified agriculture operations on a long-term basis as a consultant.

“We want to thank HC&D for allowing Rick to continue to work on our agricultural initiatives. We are fully committed to making diversified agriculture in Central Maui successful and his knowledge and experience will be extremely helpful. We will look to find a replacement who can equal Rick’s passion and expertise and build on the solid foundation that he started,” Benjamin said. 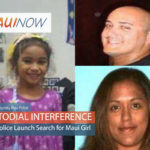 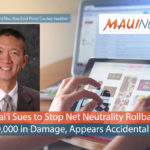