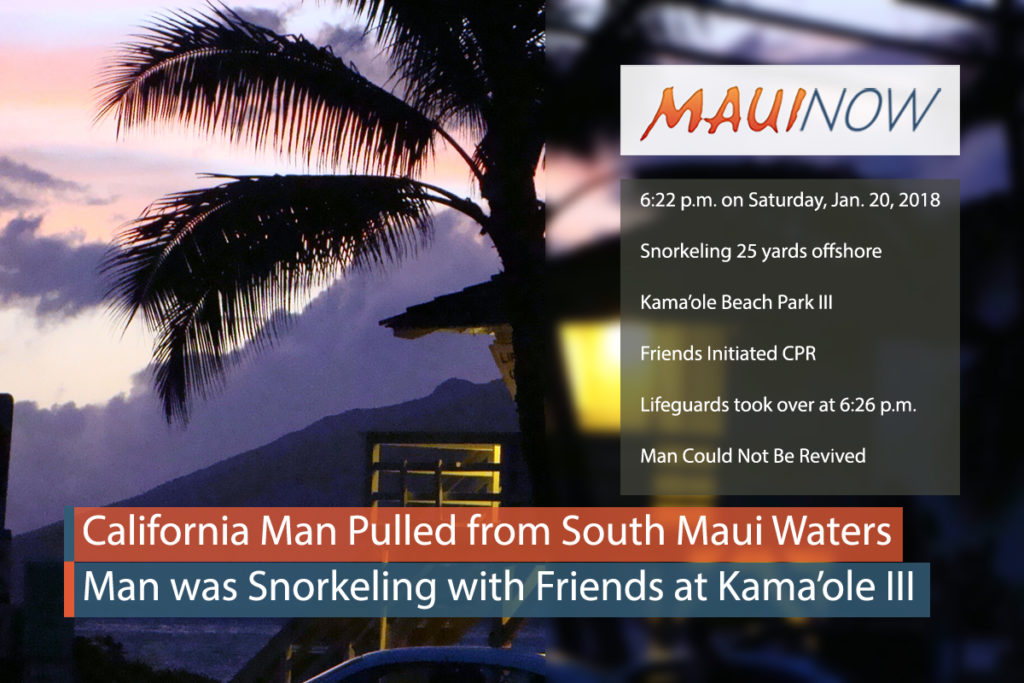 Emergency crews in South Maui responded to Kamaʻole Beach Park III for an unresponsive man pulled from the ocean over the weekend.

Fire officials say the man had been snorkeling with friends about 25 yards offshore when he was found face down and unresponsive.

Friends pulled the man to shore and started CPR with the help of bystanders until fire crews and paramedics arrived on scene.

Despite all life saving efforts, fire officials say the man could not be resuscitated and died at the scene.

He was identified as a 67-year-old visitor from Castro Valley, California.

Firefighters and paramedics from Wailea responded to the incident.

This was the second ocean death at the location in three days.  Earlier in the week, a 50-year-old man from Oakland, California died after being pulled unresponsive from the location on Thursday afternoon. 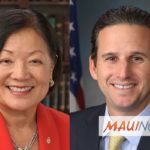 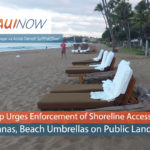