Maui County saw some unpredictable weather to start the work week. There were reports of hail in Kēōkea and many people saw a rare sight—twin water spouts off Kīhei on Tuesday afternoon. Mostly sunny skies gave way to heavy thunderstorms. East, West and South Maui saw the most rain with each location seeing up to three to four inches of rain per hour. There were no reports of road closures or rescues during the two-day storm. The Flash Flood Watch was cancelled at 6 p.m. on Wednesday.

A tenth ocean drowning occurred over the weekend at Ulua Beach in Wailea. Emergency officials say 80-year-old Michael Cline of Alaska went snorkeling by himself when teenage bodyboarders found him floating face down about 50-feet from shore. Fire officials say the ocean conditions were very rough with shorebreak face heights in the six to seven foot range. Fire crews say the man was wearing a traditional two-piece mask and snorkel. This is the second incident in just twelve days at Ulua Beach, back on Jan. 22, a 66-year old male from Canada died after being pulled unresponsive from the beach.

A Bill which will make it illegal to smoke in a vehicle when a minor is present, passed Maui County Council this week. The new law brings Maui in line with similar legislation already in place on the Big Island, Kaua‘i, and O‘ahu. The new law will become effective on July 1st of this year. Under Bill 6, individuals are prohibited from smoking in vehicles when persons under the age of 18 are present. Advocates say passing the smoke-free cars into law will help decrease children’s exposure to secondhand smoke and educate parents and other adults about the dangers of smoking in a car when a minor is present.

Two men, last known to be living in Haʻikū, are wanted by Maui Police for outstanding warrants. 24-year-old Jonathan Bisutti is reported to be 5’9″ tall and weighs about 205 pounds and 28-year-old Cody Joseph Presti is about 5’10” tall and weighs about 180 pounds. Anyone with information is asked to call police and if spotted, not to approach either men. 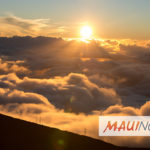 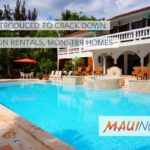 Bills Introduced to Crack Down on Vacation Rentals, Monster Homes