A 68-year-old woman arrived safely to Queen’s Medical Center, Tuesday, after being medically evacuated from a cruise ship off Maui.

The woman was transported aboard a Coast Guard Air Station Barbers Point MH-65 Dolphin helicopter on a 40-minute flight to Queen’s Medical Center in Honolulu after sustaining a head injury.

“This is a textbook medevac illustrating our operational readiness and dedication of our service to the people,” said Chief Warrant Officer Greg Babst, a command duty officer at Coast Guard Sector Honolulu. “Our crews train regularly for situations like this to ensure safe and efficient responses to get people to the care they need.”

Watchstanders at the Joint Rescue Coordination Center Honolulu received a request from the captain of the Netherlands-flagged cruise ship Monday afternoon. At 4:41 p.m. JRCC contacted Sector Honolulu to coordinate the medevac with air station.

At 6:31 a.m. the helicopter arrived on the scene and lowered a rescue swimmer, who helped hoist the injured passenger and a nurse from the cruise ship to the helicopter.

The cruise ship was en route to San Diego and diverted to Maui to facilitate the medevac. 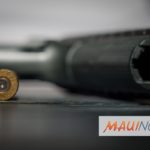 House to Hear Bill That Would Prohibit Bump Stocks 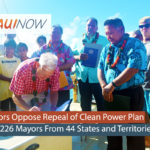