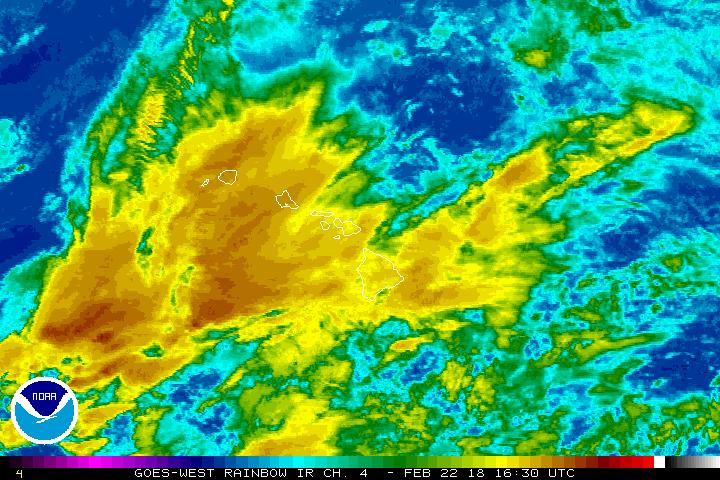 Weather radar showed that heavy rain has ended for now. However, conditions remain favorable for additional heavy rain and thunderstorms to develop. A Flash Flood Watch remains in effect through Friday. The public is advised to monitor the weather and be prepared to take action if additional Flash Flood Warnings are issued.

Abundant moisture is expected to lift northward and remain over the Big Island tonight through Friday. This moisture will spread to the smaller islands Thursday. This moisture combined with cold temperatures aloft and instability will lead to periods of heavy showers and thunderstorms.

The National Weather Service in Honolulu has expanded the Flash Flood Watch to include Kahoʻolawe, Kauaʻi, Lānaʻi, Maui, Molokaʻi, Niʻihau and Oʻahu From Thursday morning through Friday afternoon.

Abundant moisture will combine with an upper disturbance west of the area that will lead to widespread heavy showers and thunderstorms.

Due to increasing instability, heavy showers and thunderstorms could develop rapidly and lead to flash flooding in a short period of time. Areas that have received rain recently will be more susceptible to flash flooding.

The National Weather Service has issued a Flash Flood Warning for the island of Maui in Maui County until 10:15 a.m.

At 8:47 a.m., radar showed that heavy rain on the southeast slopes of Haleakalā has eased for now. However, additional rainfall, some heavy, was moving in from the south over already saturated areas. This could cause rapid rises and flash flooding of local streams.

At 7:16 a.m., radar indicated stationary thunderstorms producing heavy rain upslope from Kīpahulu and Kaupō. A stream gauge at ʻOheʻo Gulch was showing a rapid rise as well. Flash flooding is expected to begin shortly. Locations in the warning include but are not limited to: Kaupō, Kīpahulu and Hāna in East Maui.

The National Weather Service in Honolulu has issued a Flood advisory for The island of Maui until 8:30 a.m. on Thursday, Feb. 22, 2018. At 5:26 a.m., radar indicated heavy rain near Kaupō with rain falling at a rate of up to 2.5 inches per hour. Locations in the advisory include but are not limited to: Kaupō, Kīpahulu, Nāhiku and Hāna.

PRECAUTIONARY/PREPAREDNESS ACTIONS: Stay away from streams, drainage ditches and low lying areas prone to flooding. Rainfall and runoff will also cause hazardous driving conditions due to ponding, reduced visibility and poor braking action. Do not cross fast flowing or rising water in your vehicle, or on foot. Turn around, don’t drown. 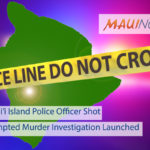 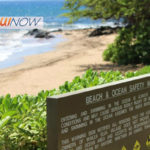