The lifeless body of a female was recovered from the rocky shoreline off of Nākālele Point in West Maui on Monday afternoon. A hiker reported seeing the body about 200 feet below a cliff near Mile 38 of the Honoapiʻilani Highway. No word yet on her identity or cause of death, but Maui police say foul play is not suspected, following an initial investigation.

A California man was transported to the hospital on Wednesday after being pulled from waters off Ulua Beach in South Maui. Officials say the 78-year-old had gone snorkeling using a traditional two-piece mask and snorkel with a family member but was alone when a beachgoer found him floating unresponsive 20-30 yards from shore. His condition has since improved and he was last reported in stable condition.

Registration is now open for the very first Trucker Dukes Memorial Golf Tournament at the Kahili Golf Course in Waikapū on March 10. The scramble-format tournament is in honor of Honorary Fire Fighter Trucker Dukes, who passed away from Neuroblastoma in March of last year. His grandmother is organizing the event to honor her grandson and raise money for the UVSC Foundation Hawaiʻi, which provides hope for cancer patients and supports research for a cure. Sign up and learn more at mauinow.com.

Sitting inside a sphere — that will be a new experience at Maui Ocean Center in a few months. The aquarium has broken ground on a new whale exhibit and dome theater that will feature 3-D, 4K high definition images and 360-degree viewing. The virtual experience is scheduled to open in Mā’alaea this July. 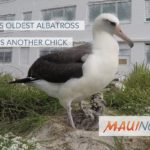 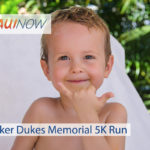