Hawai‘i is Quickly Leading the Nation in Consumer Debt

Total consumer debt increased 4.1% for Hawai‘i consumers between the first quarter and the fourth quarter of 2017, higher than the 3.5% experienced at the national level, according to a report released today by the Department of Business, Economic Development and Tourism titled “2017 Quarterly Consumer Debt Report.” 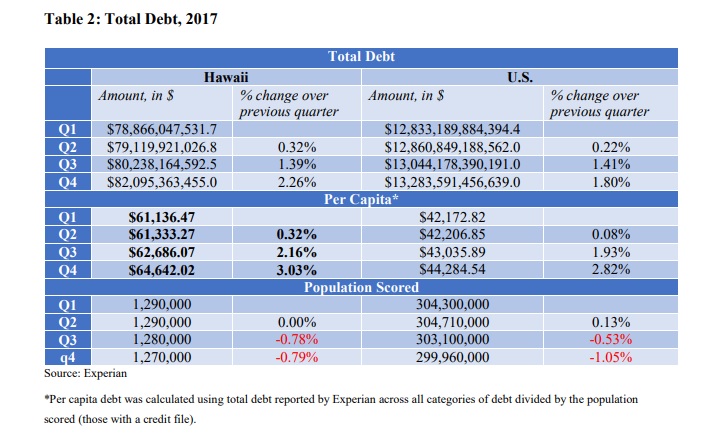 “This report highlights why home equity lines of credit and home equity loans are more popular in Hawai‘i than the nation due to our high home prices,” said DBEDT Director Luis P. Salaveria. “We saw the number of accounts in these two types of financing methods increase, while the number of accounts in these two methods decreased for the US between first and fourth quarter of 2017. The report also shows Hawai‘i’s delinquency rates were lower than the US average for all the debt categories, which is encouraging.” 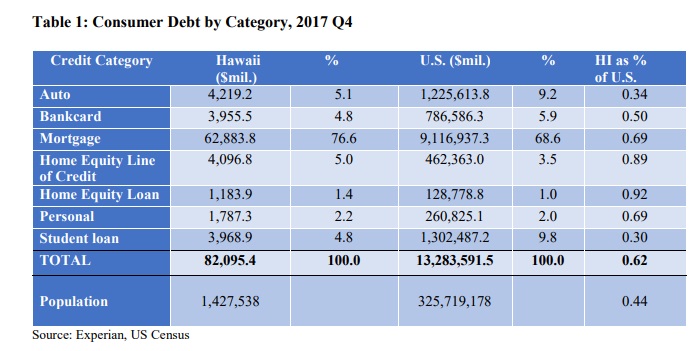 Following are some of the highlights of the report:

The analysis in the report is based on data from Experian Information Solutions, Inc. DBEDT plans to update the report on an annual basis to monitor the status of Hawai‘i consumer debt and its relationship with the status of the economy. 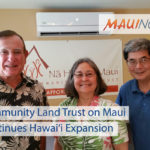 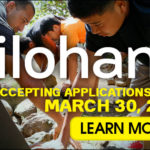