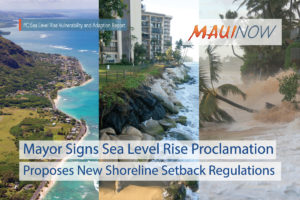 Maui Mayor Alan Arakawa signed a proclamation that accepts the Sea Level Rise Vulnerability and Adaptation Report [1] that was prepared by the Hawaiʻi Climate Change Mitigation and Adaptation Commission and released in December 2017 as mandated by the State Legislature. 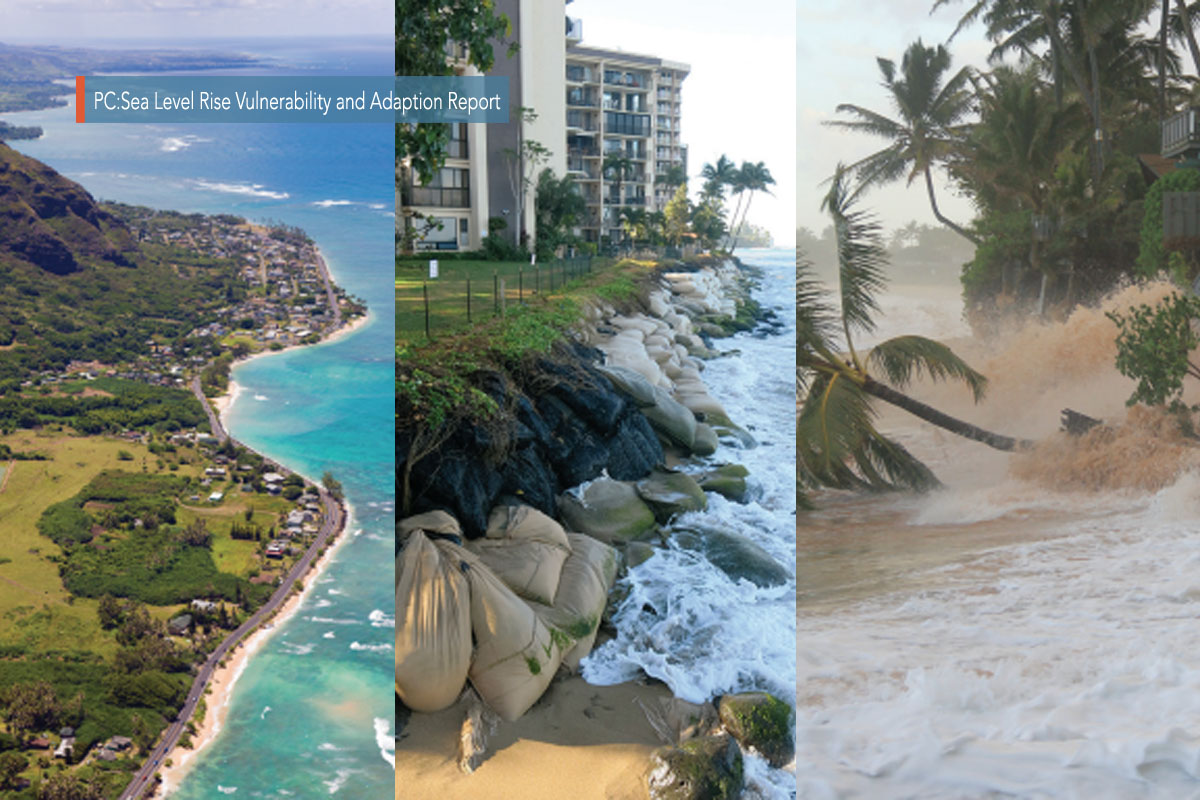 The Proclamation acknowledges that climate change is real and directs “County departments to use the Report in their plans, programs and capital improvement decisions, to mitigate impacts to infrastructure and critical facilities triggered by sea level rise.”

It also calls on the Planning Department to propose rule changes to the Maui, Molokaʻi and Lānaʻi Planning Commissions to include sea level rise in their shoreline setback calculations.

As the Mayor noted in his State of the County address [2] on Tuesday night, Maui County was the first county in the state to adopt shoreline setback formulas that include annual erosion hazard rates: 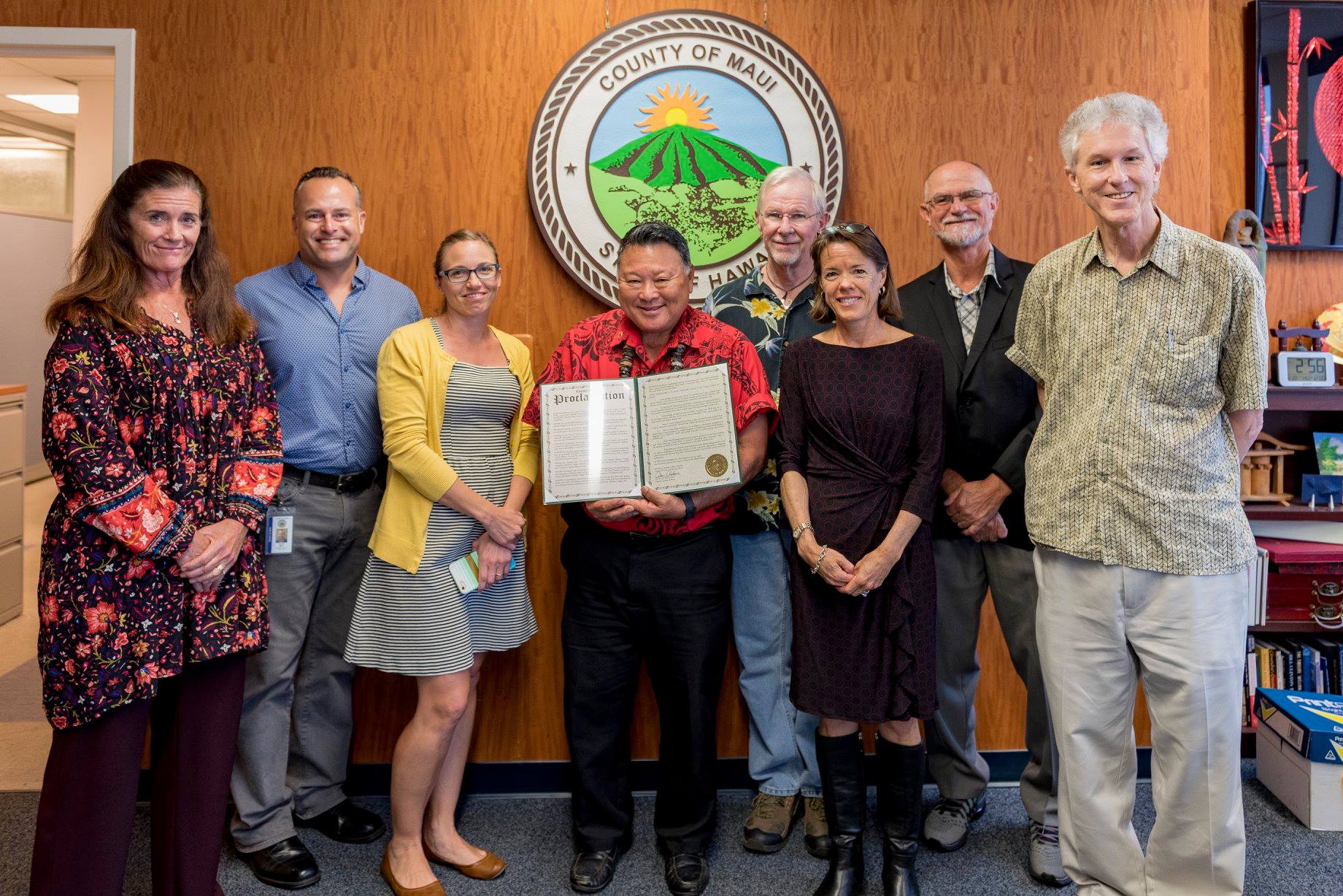 “This means that when it comes to all county plans, especially the Maui County Hazard Mitigation Plan and our Community Plans, all of them need to take into consideration Sea Level Rise Vulnerability and Adaption Report.

Planning for these changes means we may have to relocate infrastructure and critical facilities out of hazard areas which means we may have to ask the council for the funds to make these capital improvement decisions.  This heightened attention on how sea level rise impacts Maui County has the potential to affect communities, culture, history and natural resources and cannot be taken lightly.”

“We appreciate the leadership that the Mayor has shown in issuing the Proclamation and in supporting changes to the shoreline setback formula,” said Deputy Planning Director Michele McLean. “For years we have been asking, begging or urging applicants for shoreline projects to move their developments farther mauka, but we cannot require them to do so because it is not in the rules. We will ask our three planning commissions to amend their shoreline rules to include sea level rise in their shoreline setback calculations to further protect shoreline development from coastal hazards.”

The Proclamation makes Maui County the first in the state to formally accept the Report’s findings.