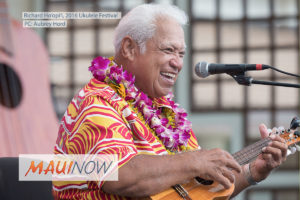 Beloved Maui musician, Uncle Richard Hoʻopiʻi passed away early this morning at his home in Kahakuloa, family members have confirmed.

In a telephone interview with Uncle Richard’s daughter Rozanne, she said her father passed a little after 12 a.m., just 12 days shy of his 77th birthday on March 15th.

“It is with heavy heart that KPOA would like to extend our aloha to the family of Uncle Richard Hoʻopiʻi who passed this morning.  I just talked to Ululani, his lovely wife, and she wants KPOA to let the world know that we have lost a gentle soul.  (He is) one of the greatest human beings I have ever had the privilege of sharing the stage with; a man who always smiled when he sang.  Much love and aloha go out to his family at this time.  And we just want to say mahalo for sharing his talents and his time with Maui.  He did so much for us, and he will be definitely missed.  One of the greatest voices of all time.”

The message was followed by a broadcast of Uncle Richard singing ʻOhuʻohu Kahakuloa [1], a song about the remote village of Kahakuloa where Hoʻopiʻi was born and raised.  In the weeks leading up to his passing, Uncle Richard asked that he return home so that he could be with his family in Kahakuloa, a shoreline community on the north coast.

Family members tell us Uncle Richard was admitted to the hospital in late November of 2017 for pneumonia, and spent two months in recovery.  Family members say he was scheduled to have a heart valve replacement, but when he caught pneumonia he wasn’t able to do the operation.

Uncle Richard had a list of accolades and awards over his long career in Hawaiian music.

At the 2015 Nā Hōkū Hanohano Awards, Hoʻopiʻi was honored with the Hawaiʻi Academy of Recording Arts Lifetime Achievement Award [2].

Uncle Richard and his late brother Solomon (performing for years as the popular Maui duo, the Ho‘opi‘i Brothers) received a Folk Heritage Fellowship [3] in 1996 from the National Endowment for the Arts in recognition of their cultural legacy.  They also were named the Nā Hōkū Hanohano Awards Group of the Year in 1997.

Uncle Richard has worked for years to preserve the Hawaiian art of leo ki`eki`e, or falsetto singing, launching the Richard Ho’opi’i Falsetto Contest in 2002.  In 2009, then Maui Mayor Charmaine Tavares declared September 25, 2009, Richard Ho‘opi‘i Day in the County of Maui during a presentation at his 8th annual Falsetto Contest event.

The contest has become a Maui music tradition, showcasing Maui’s finest amateur male falsetto performers as they carried Uncle Richard’s hopes for the continuation of Hawaiian music for the past 16 years.

Uncle Richard’s late son, Ramsey Ho’opi’i was the winner of the first year of the contest in 2002; and his son Kai Ho’opi’i was named the 2004 champion. 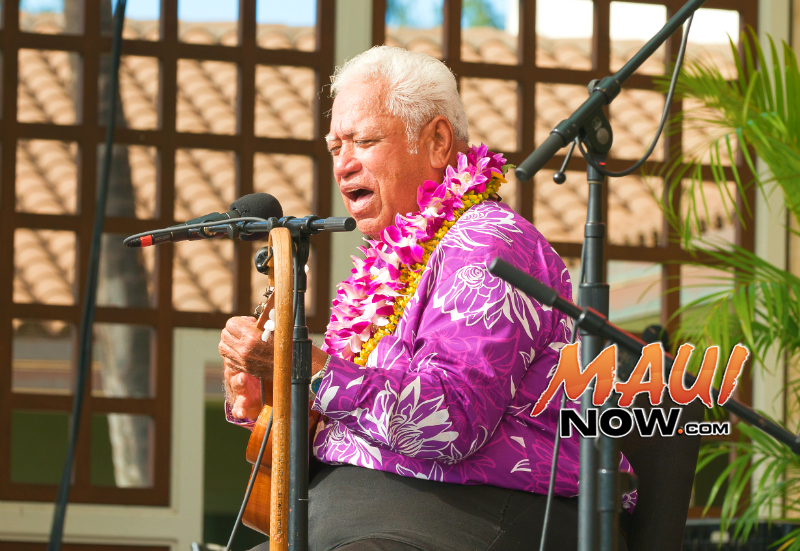 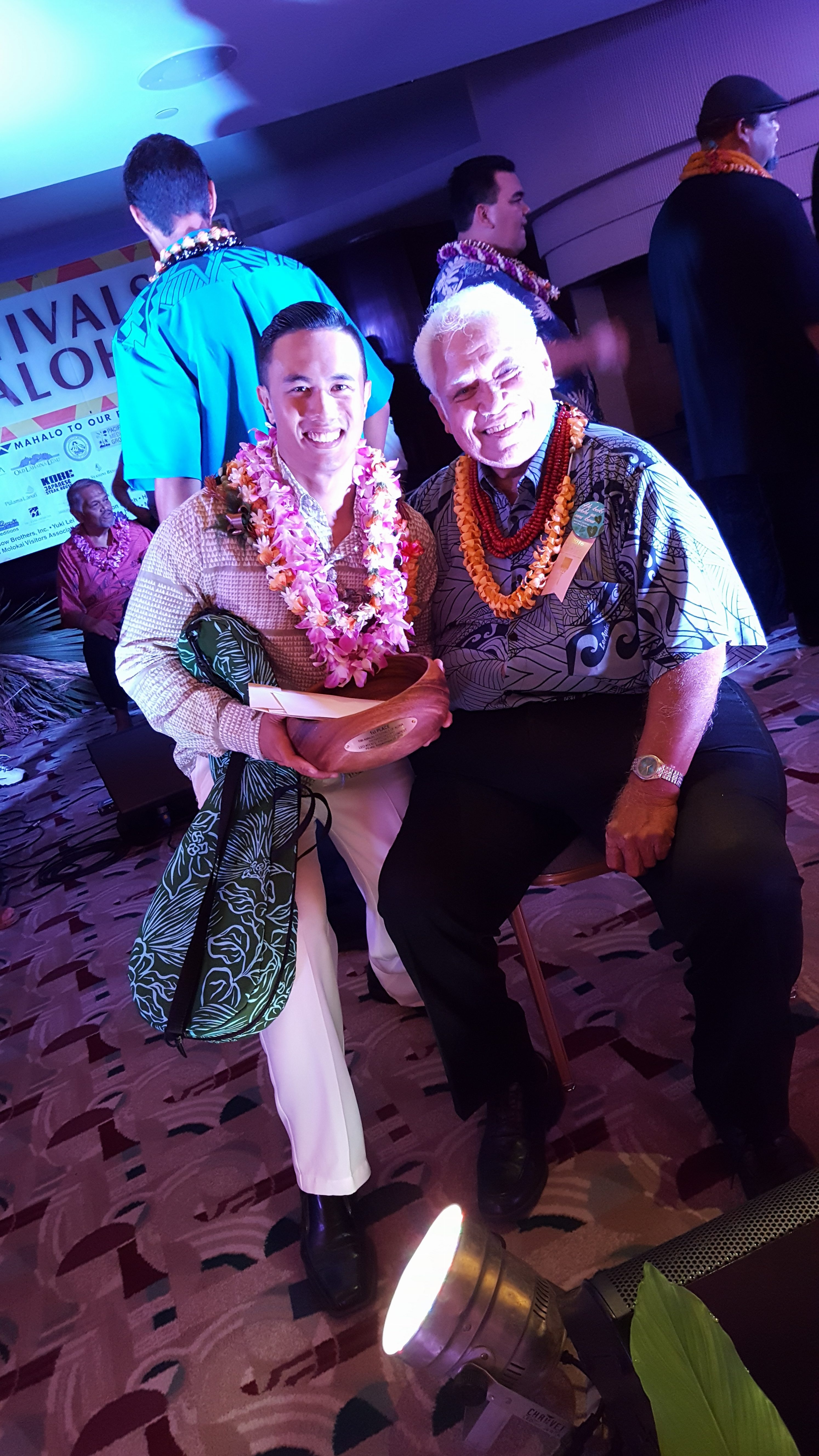 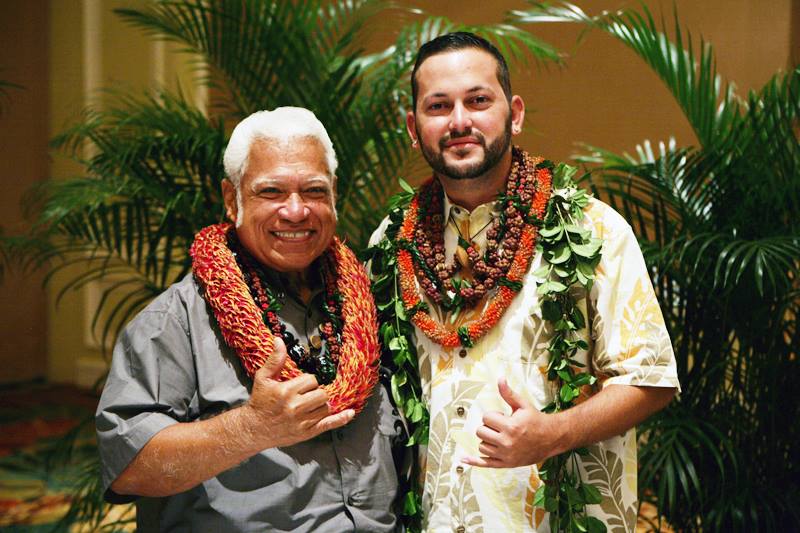 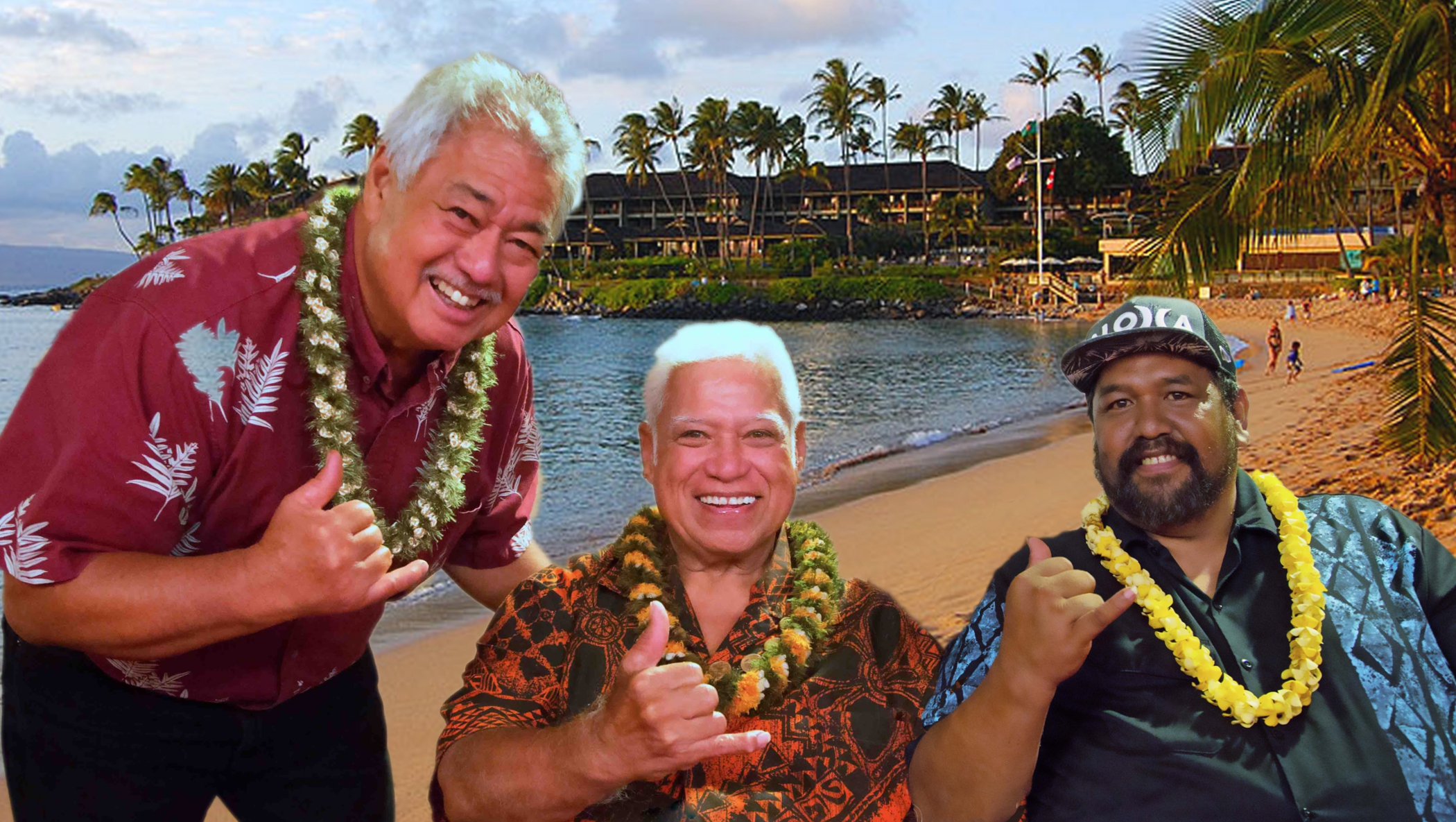 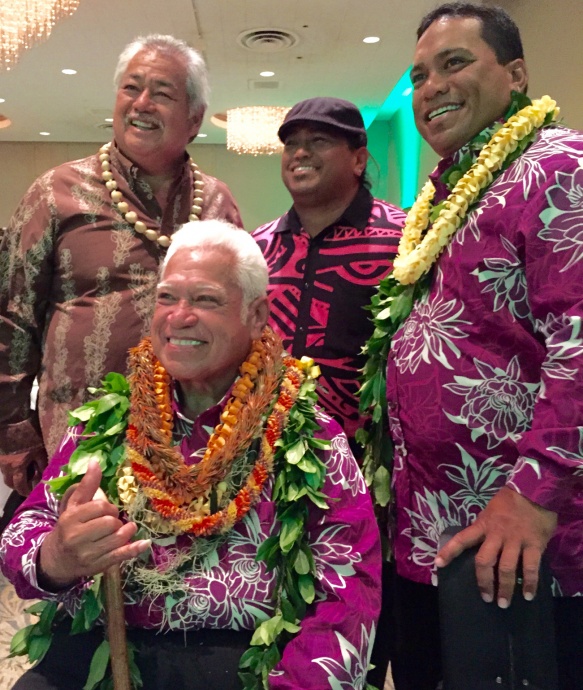 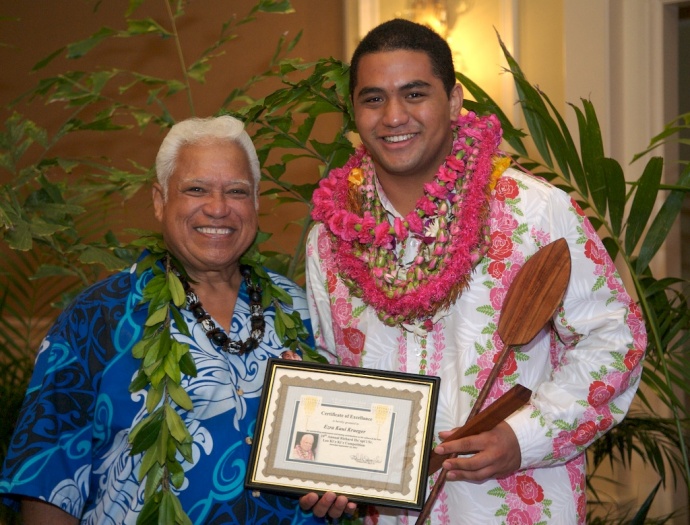 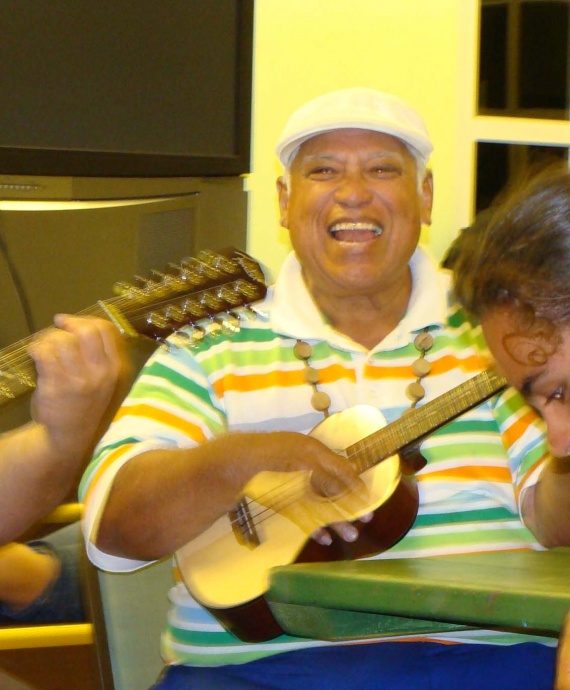