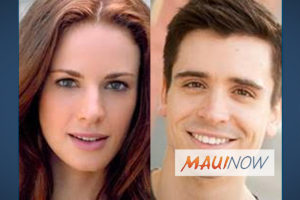 The evening will feature intimate performances by Teal Wicks and Matt Doyle both singers and actors on the Broadway Stage and TV. Photo Courtesy

The Bollywood Ball will take attendees on a journey to India for a night of Bollywood glamour; celebrating spring, happiness, love and friendship with art, music and dance.

The event will begin with an outdoor sunset Maharaja cocktail reception and Indian market fair on the Halona Kai Lawn before heading into the Monarchy Ballroom. Following the main event will be the Taj Mahalo After Party with dancing until 2 a.m

The evening will feature intimate performances by Teal Wicks and Matt Doyle both singers and actors on the Broadway Stage and TV.

Wicks is an American singer, television and stage actress, who is best known for her performances as Elphaba in the Broadway, San Francisco, and Los Angeles productions of the musical “Wicked” and as Mary Barrie in the musical “Finding Neverland.” She played the role of Emma Carew, Dr. Jekyll’s fiancée, in the Broadway revival of “Jekyll & Hyde.” Television credits include “Elementary,” the “Good Wife,” NBC’s “In the Wings” and MTVs “The Seven.”

Doyle is an American singer-songwriter and television and stage actor. He is best known for his work in “Spring Awakening,” “War Horse” and “The Book of Mormon” on Broadway. He released two EPs, “Daylight” in 2011 and “Constant” in 2012 and his first full-length album, “Uncontrolled,” in 2016. His film credits include “Private Romeo,” a modern take on Shakespeare’s Romeo and Juliet and “Once More with Feeling,” a comedy of a man pursing his dream of becoming a singer by performing karaoke.

The gala will spotlight Imua’s newest program: Imua Autism Services. Imua staff say that Autism is a lifelong condition that affects an estimated 1 in 68 children in the United States and 70 million people around the world. Since beginning the Autism program less than two years ago, the program has more than doubled in size and currently has a waitlist due to demand in Maui County. Imua’s mission to empower children and their families to reach their full potential can only be reached through fundraising efforts such as this. 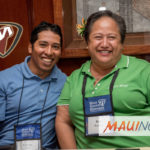 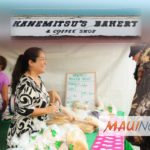