Haleakalā Crater, located in the southeast portion of Maui, has captivated visitors since the Polynesians arrived in approximately 450 AD. Over the centuries, this massive dormant volcano has served as the house of the sun, a cattle ranch, military training facility and observatory. It is also home to a plethora of native Hawaiian flora and fauna. Keep these fun facts about Haleakalā Crater in your back pocket for the next time you visit this natural wonder.

Haleakalā is estimated to be around 1 million years old.

The crater measuring 7 miles across, 2 miles wide, and close to 3,000 feet deep. Haleakalā, the larger of the two volcanoes that formed the Valley Isle, is estimated to have once reached up to 12,000 feet in elevation.

Between 1934 and 1941 the Civilian Conservation Corps operated work camps at Haleakalā.

Maui snared the sun in Haleakalā.

It was on the summit of Haleakalā that Maui snared the sun, in order to slow its passage through the sky so that his mother could dry her kapa (bark cloth).

Nearing extinction, populations of Nēnē geese, Hawaii’s stated bird, were reintroduced to the national park between 1962 and 1978. In 2016, more than 300 silverswords were planted to strengthen at-risk populations at the summit of Haleakala.

To learn more about Haleakalā’s history and wonder, click here. 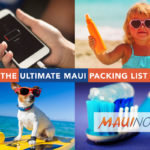 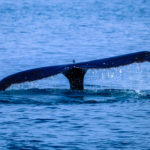