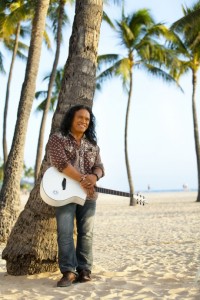 Nā Hōkū Hanohano Award and Grammy Award winner Henry Kapono will perform at The Shops at Wailea for a free one night performance as part of Concerts at the Shops series.

Kapono, a multi-awarded singer and songwriter, will perform on Wednesday, April 18, at 5:30 p.m. at the Fountain Courtyard.

An all-around artist (musician, composer, author, producer, and actor), Kapono has garnered a Grammy nomination as well as 14 Nā Hōkū Hanohano awards for his music. His awards include Male Vocalist of the Year, Song of the Year, Rock Album of the Year, and just last year along with Cruz and Brother Noland, Best Electronic Press Kit for his Rough Riders “We Ride” CD.

Born and raised in Kapahulu, Kapono first gained popularity with the Cecilio & Kapono duo in the 70s, becoming the first Hawaiʻi group to achieve a national recording contract with Columbia Records. In 1981, Kapono rose to even more fame after launching his solo career that resulted in 18 albums. Most recently, he has been touring the West Coast of the United States, regaling fans with his favorite hits.

Concerts at The Shops is a free, monthly concert series that is open to the public and features headlining musicians from all the Hawaiian Islands. The event occurs on the third and fifth Wednesday of every month.

The Shops at Wailea continues to give back to the community, supporting a different Maui non-profit each month with 60% of the special event parking fees going back to the non-profit. April’s non-profit recipient is Imua Family Services. 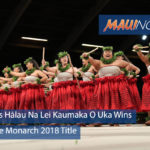 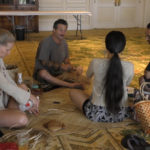 Celebration of the Arts: In Work There is Knowledge