The family of Eduardo Alejandro “Alex” Cerezo, who was killed in a bathroom at Queen Kaahumanu Center in March, spoke out this week with hopes to bring awareness to the issue of public safety. Family members say they are also requesting an independent investigation be conducted into security measures employed by the mall and the Maui Bus saying, “If our son’s death could have been prevented, we want to make sure the same mistakes are not repeated and no other families have to suffer as we are suffering.”

A 70-year-old Australian woman was medically evacuated from a cruise ship off Maui en route to San Diego this week after she was experiencing severe abdominal pains. Around 3 a.m. on Tuesday a rescue team hoisted the woman from the Regatta who was safely transported to Kahului Airport where emergency medical services were waiting for her before being taken to Maui Memorial Medical Center in stable condition.

The Hawaiian state bird, the nēnē, could be downlisted from endangered to threatened after numbers have climbed from only 30 in 1960 to more than twenty-eight hundred today. There are currently 616 living on Maui, and 35 on Molokaʻi. The nēnē retains protection as a threatened species based on ongoing threats from non-native predators such as mongooses and cats, habitat destruction and vehicle collisions. 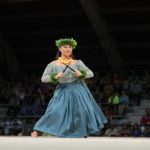 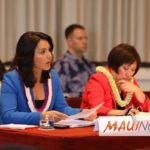