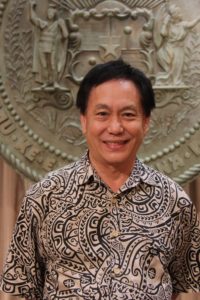 Hawaiʻi Attorney General Russell A. Suzuki joined 16 attorneys general in filing a motion on April 10, to intervene in a lawsuit filed in federal district court in Texas which seeks to dismantle the Affordable Care Act, also known as Obamacare.

“At this point there is nothing to replace the vital services and programs provided under the Affordable Care Act,” said Attorney General Suzuki. “Until there is a responsible and serious attempt to craft a replacement, the ACA is still an essential part of the nation’s health care system and must be protected and enforced.”

Texas filed the lawsuit in the United States District Court for the Northern District of Texas, Fort Worth Division on February 28, 2018 and was joined by 19 other states. Texas alleges that the ACA is no longer constitutional due to the passage of the Republican tax break bill, passed in December 2017, which zeroed out the penalty payment due under the ACA’s individual mandate for those who could afford to pay for their health insurance but failed to do so.

The AGs defending Obamacare believe the Texas lawsuit petitioned the federal court to stop Medicaid expansion; end tax credits that help people afford insurance; allow insurance companies to deny coverage to people with pre-existing conditions; take away seniors’ prescription drug discounts; strip funding from the nation’s public health system, including work to combat the opioid epidemic; and much more. If the ACA were terminated, Americans living in the states seeking to intervene could lose half a trillion dollars in healthcare funding if this lawsuit succeeded.

In the motion to intervene, the attorneys general allege that the ACA has not been repealed by the passage of the Republican tax break bill, and its constitutionality has been upheld by the Supreme Court: 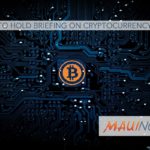 House to Hold Briefing on Cryptocurrency 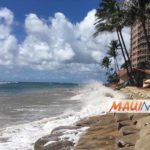