‹
›
×
Campus security at the University of Hawaiʻi Maui College issued an alert notification after a nine-year-old boy was allegedly harassed by an unknown man at the Kahului campus on Wednesday night, April 11, 2018. 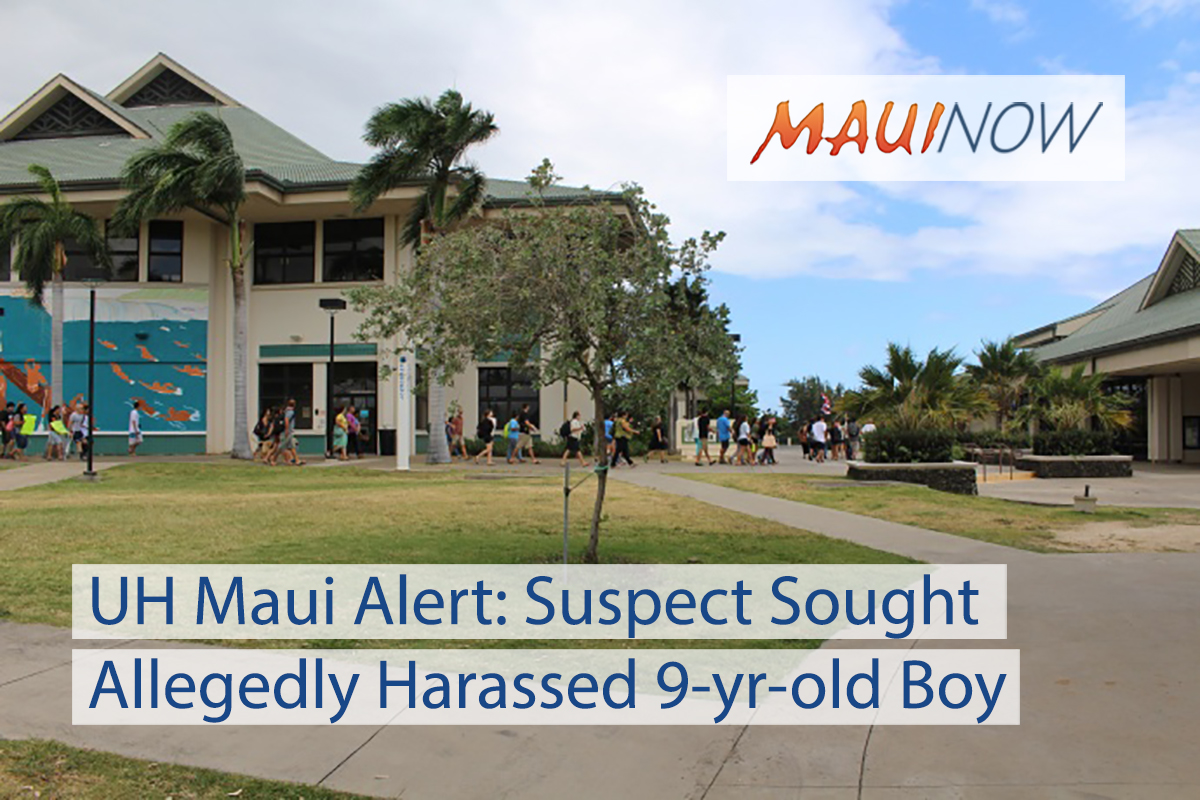 The incident was reported at around 5:30 to 6:30 p.m. in the grassy area between Ka Lama and Noi’i buildings.  University officials say the boy was playing the area when he fell.

That’s when the male placed one foot on the boy’s chest and stated, “You’re about to know me,” then fled towards the ‘Ike Le’a building, according to a campus alert.
The man was described as 5’8″ to 5’10” tall with white hair.  He was wearing a black t-shirt and shorts.
University officials say they have not seen or apprehended the suspect since the incident was reported.
The Maui Police Department was notified of the incident.
University officials say they believe a meeting was happening in one of the nearby buildings at the time, and some parents had brought their children to campus. While their parents were meeting, the kids were playing outside.  About five children witnessed the incident, told their parents and helped share details with security personnel.
A review of security cameras was conducted, but no further information was obtained.
Anyone who may have observed the incident or anyone with further information is asked to notify campus security at (808) 984-3255.
Wendy Osher
Wendy Osher leads the Maui Now news team. She is also the news voice of parent company, Pacific Media Group, having served nearly 20 years as News Director for the company’s six Maui radio stations. 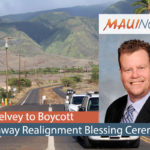 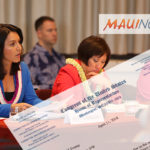 Hawai‘i Reaction to US Strike on Syria