The U.S. Environmental Protection Agency today announced a settlement with N.F. Kawakami Store, Ltd. (NFK), the property owner of the Koloa Big Save Supermarket, for failing to close a large-capacity cesspool that threatened to contaminate local water sources at its property on Kaua‘i.

Under the settlement, NFK will pay a civil penalty of $110,000 for violating the federal Safe Drinking Water Act. In addition, NFK will close the large cesspool and replace it with a wastewater treatment plant approved by the Hawai‘i Department of Health.

Cesspools collect and discharge waterborne pollutants like untreated raw sewage into the ground, where disease-causing pathogens can contaminate groundwater, streams and the ocean. In 2005, the federal government banned large-capacity cesspools.

Cesspools are used more widely in Hawai‘i than in any other state, even though 95% of all drinking water in Hawai‘i comes from groundwater sources. In the 13 years since the federal LCC ban took effect, more than 3,400 large-capacity cesspools have been closed statewide, many through voluntary compliance.

The settlement is subject to a 30-day comment period before becoming final. For more information and to submit comments click here and here. 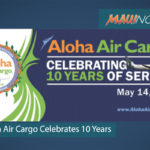 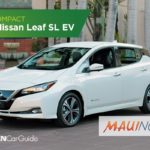