The Salvation Army started National Donut Day as a way to raise funds and bring awareness to their social service programs. Donut Day is held the first Friday of June each year and commemorates “Donut Lassies,” female volunteers for The Salvation Army in World War I, who provided writing supplies, stamps, clothes-mending and home-cooked meals (including donuts) to soldiers on the front lines.

“Most people don’t know that The Salvation Army’s Donut Lassies first began serving donuts to soldiers on the front lines of WWI in France in 1917,” said Major John Chamness, divisional leader for The Salvation Army Hawaiian & Pacific Islands Division.“We will have costumed Donut Lassies at many participating bakery locations and encourage Donut Day fans to share photos via social media using the hashtags #NationalDonutDay and #GivingIsSweet.”

In addition, during the month of June, 7-Eleven Hawai‘i will donate the proceeds of its Canister Change Program from all statewide locations to The Salvation Army, benefitting Corps programs on each island. 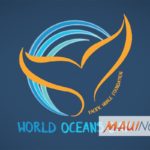