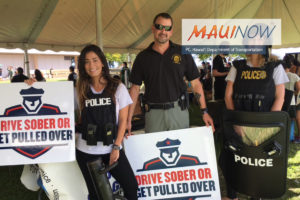 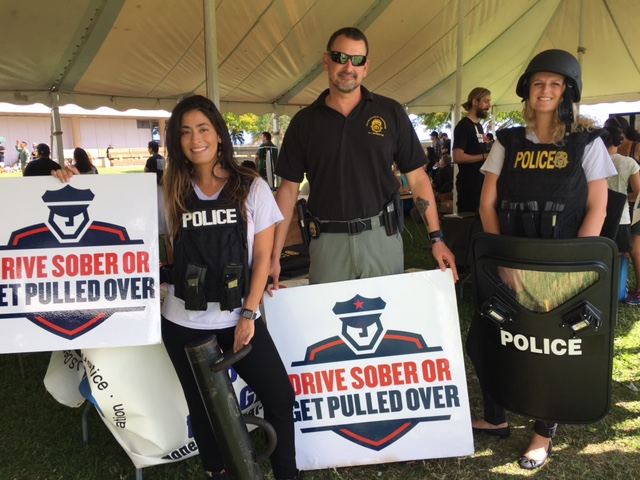 Drive Sober or Get Pulled Over. PC: Hawaiʻi Department of Transportation

The Hawaiʻi Department of Transportation’s Impaired Driving Awareness Squad will be attending tonight’s (Friday, June 22, 2018) Kīhei Fourth Friday Town Party on Maui.  The event runs from 6 to 9 p.m. at the Azeka Shopping Center.

The team will be on-site to promote sober driving ahead of the July 4th holiday, which historically has reports of high numbers of impaired drivers on the road.

The HDOT will be launching its ‘Drive Sober or Get Pulled Over’ events on Maui for the first time. Brand ambassadors will be taking participants through an obstacle course with impairment goggles and the department will also be distributing ‘mocktail’ booklets. These booklets were launched in 2015, but will be distributed on Maui for the first time. They advise the drivers to opt for a mocktail when they need to drive and include recipes of non-alcoholic drinks by Hawaiʻi mixologists. 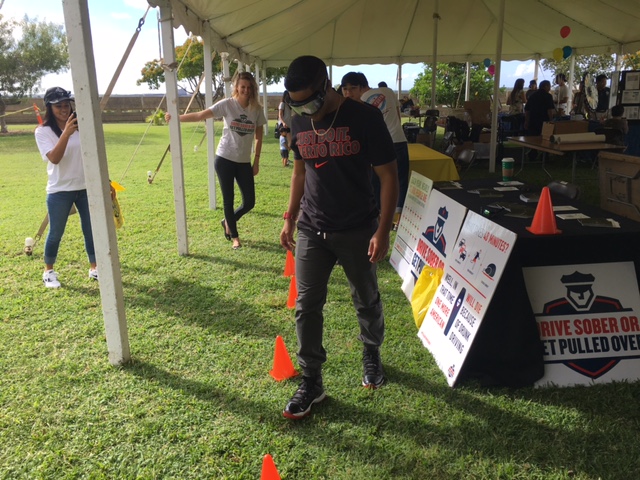 Law enforcement on Maui  is taking part in the ‘Drive Sober or Get Pulled Over’ campaign during the Fourth of July holiday weekend, June 29-July 5, 2018, to put an end to drunk driving.

In support of law enforcement’s dedication to protecting the lives of residents in their communities, the public can expect to see increased enforcement on the roads with zero tolerance for those who drive impaired.

During the 2016 Fourth of July holiday (6 p.m. July 2 to 5:59 a.m. July 6), 188 people were killed in crashes involving at least one driver or motorcycle operator with a blood alcohol concentration of .08 or higher. This is a 28% increase from 2015, during which 146 people were killed during the same holiday period. That’s 188 families who will forever remember Independence Day with a heavy heart. 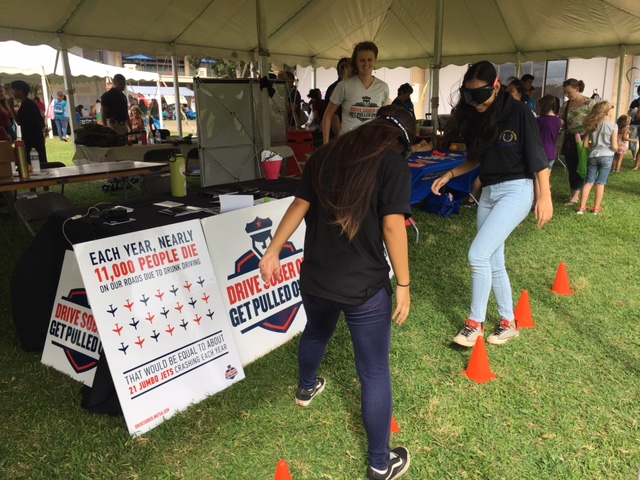 Prepare for the Fourth:

This Fourth of July, the Hawai‘i Department of Transportation together with Maui Police Department and NHTSA urge drivers to designate a sober driver before heading out for the evening. Department officials advise the public that if they plan on drinking, plan on not driving.

Officials offered the following tips for a safe night on the roads:

Remember that it is never okay to drink and drive. Even if you’ve had only one alcoholic beverage, designate a sober driver or plan to use public transportation or a ride sharing service to get home safely.
Download NHTSA’s SaferRide mobile app, available on Google Play [1] for Android devices, and Apple’s iTunes Store [2] for iOS devices. SaferRide allows users to call a taxi or a predetermined friend, and identifies the user’s location so he or she can be picked up.
Use your community’s sober ride program.
If you see a drunk driver on the road, contact local law enforcement.
Have a friend who is about to drink and drive? Take the keys away and make arrangements to get your friend home safely.