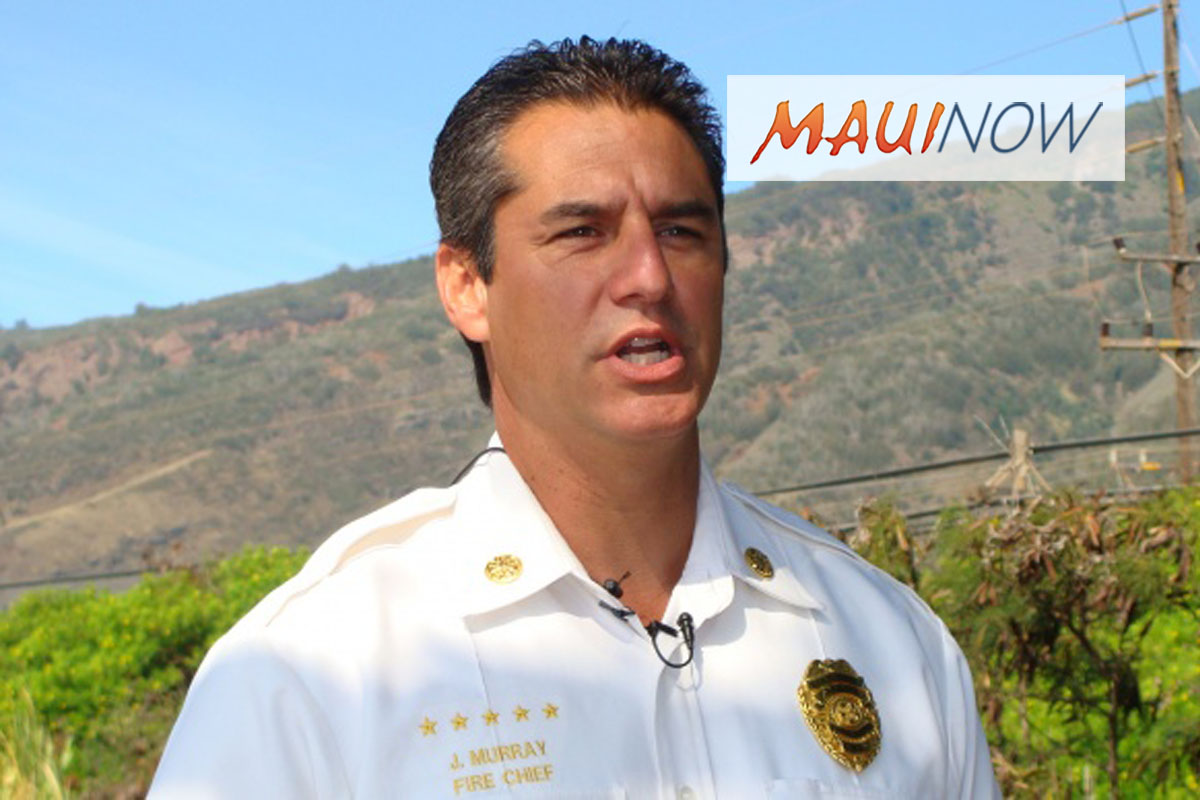 Maui Fire Chief Jeffrey A. Murray retires on June 30th, 2018, after 10 years at the helm of the department.

Murray was selected to serve as chief in 2008, filling the vacancy created by the retirement of the previous Maui Chief Carl Kaupalolo.

Murray previously served as a rescue captain with the Kahului Station before leading the department.

He began his career with the county 29 years ago at the Lānaʻi fire station in 1989 and had worked in 12 of the 14 districts.  He also served as a team leader for the department’s Urban Search and Rescue Team that was dispatched to assist in the Kaloko Dam breach in 2006.

During his tenure as chief, Murray worked to increase the amount of training programs offered by 75-80% (all certifiable), including live fire training for department personnel.  The department’s vehicle maintenance program also increased the amount of work completed on an annual basis by 95% under his leadership.

Over the past decade, Murray said the department worked to re-write all internal policies and additions of non-existent policies for the Fire and Ocean Safety division.  Apparatus and equipment replacement programs were also upgraded over that time frame.

Moving forward, Murray said he hopes the department receives proper council support for safety programs, training and equipment needs.  One example of this is training for Mass Violence, Terrorism and Active Shooter situations for all responders and support elements.

In an email communication with Maui Now, he extended his thanks to the entire Maui Fire and Ocean Safety team.

Upon Murray’s retirement, Deputy Chief Lionel W. Montalvo will serve the interim Fire Chief until a permanent one is chosen by the commission.

The Maui Fire Department also recently promoted Rylan Yatsushiro from Captain to Fire Services Chief. His career started in 2002 at Engine 7 in Hāna, where he served for about six months before transferring to Engine 5 in Makawao. Yatsushiro spent eight years in Makawao before being promoted to a Firefighter III in 2011. As a Firefighter III, he was assigned to the Training Bureau as a Recruit Trainer and a Driver on Engine 14 in Wailea. In 2014, he was promoted to Captain and was assigned to the Training Bureau. 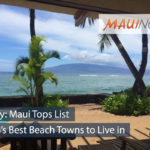