Navor Salas-Cruz, 45, a Mexican national residing on Kauaʻi, was sentenced by US District Judge J. Michael Seabright on Monday to 30 months of imprisonment for illegally reentering the United States after being deported.  He was also sentenced for being a felon in possession of firearms and ammunition.

As a result of his conviction, Salas-Cruz will be deported after he serves his prison term.

According to court documents and information presented in court, Salas-Cruz was deported on July 10, 2008, after being convicted of illegally reentering the United States after a prior deportation.

On Dec. 15, 2017, Homeland Security Investigation special agents again found Salas-Cruz in the United States, residing on Kauaʻi. Justice officials say that at the time of his arrest in 2017, Salas-Cruz illegally possessed three firearms, including a 12 gauge shotgun and two pistols, and numerous rounds of ammunition.

“This office is committed to protecting the community by promoting the integrity of the immigration system,” said US Attorney Kenji M Price. “The efforts of local and federal law enforcement officers in locating this defendant and disarming him is a testament to their tireless efforts to keep our community safe.”

“This sentence demonstrates that there are serious consequences for those who lack respect for our nation’s laws or our borders,” said Frank Cabaddu, Acting Special Agent in Charge for Homeland Security Investigations Honolulu. “HSI will continue to work with DOJ and our law enforcement partners to take dangerous recidivists or other felony offenders off our streets and help to disrupt other types of criminal activity.”

This case was brought as part of Project Safe Neighborhoods (PSN), a program that has been historically successful in bringing together all levels of law enforcement to reduce violent crime and make our neighborhoods safer for everyone. Attorney General Jeff Sessions has made turning the tide of rising violent crime in America a top priority. In October 2017, as part of a series of actions to address this crime trend, Attorney General Sessions announced the reinvigoration of PSN and directed all U.S. Attorney’s Offices to develop a district crime reduction strategy that incorporates the lessons learned since PSN launched in 2001.

The case was investigated by U.S. Immigration and Customs Enforcement’s Homeland Security Investigations, with assistance from the Kauai Police Department, and prosecuted by Assistant U.S. Attorney Darren Ching. 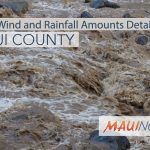 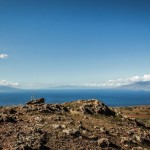