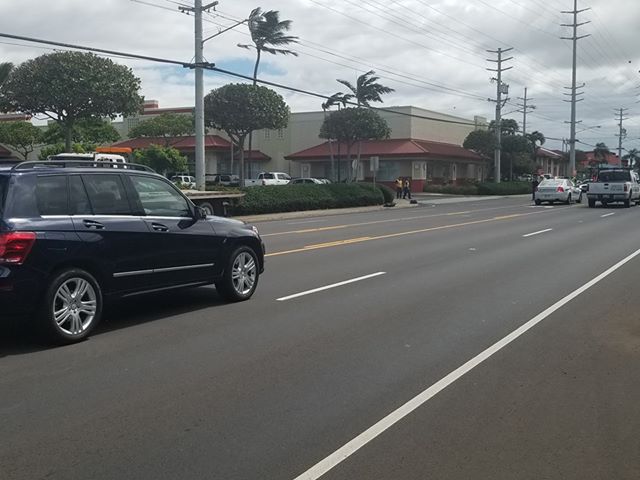 A Maui man suffered fatal injuries after being struck by a tow truck near the south entrance to the Maui Marketplace in Kahului on Monday afternoon.

Police have since identified the pedestrian as 64-year-old Van Tomita of Kahului.

According to police reports, Tomita was operating an electric personal mobility device within a marked crosswalk, when the incident occurred at approximately 1:09 p.m. on Monday, Sept. 17, 2018.

Police say the crash occurred as a white 1992 Isuzu flatbed tow truck was making a right turn out of the the Maui Marketplace onto Dairy Road and collided into the pedestrian.

Tomita was transported to the Maui Memorial Medical Center where he later died as a result of his injuries. The operator of the tow truck was not injured.

The involvement of speed, drugs and alcohol is unknown as the investigation is on-going.

This was Maui County’s 14th traffic fatality this year, compared to seven at the same time last year.