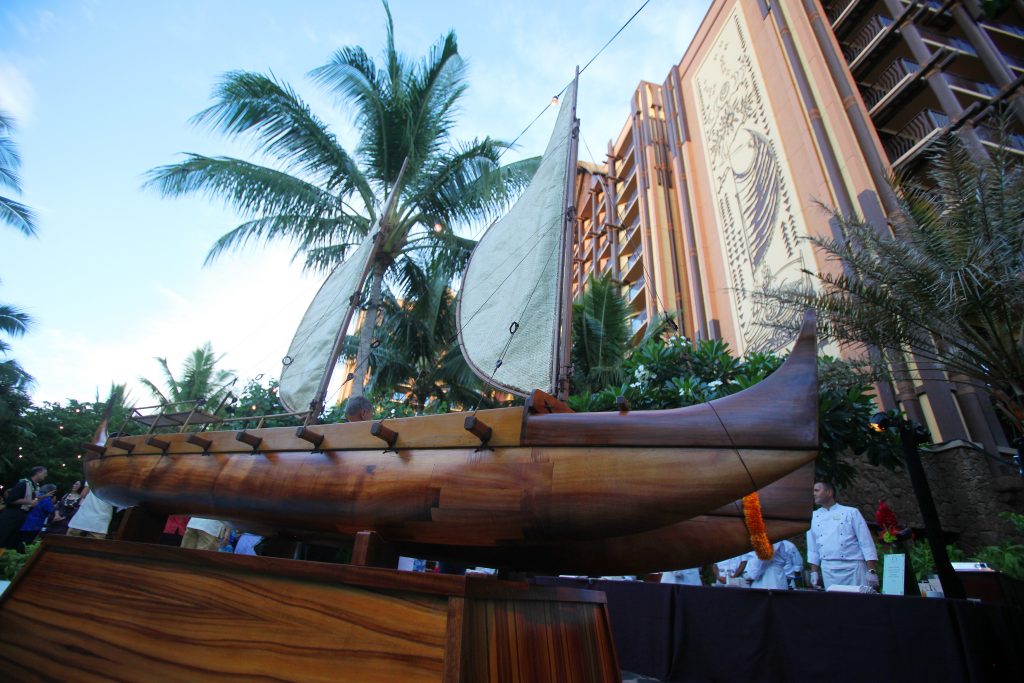 One-sixth model of the Hōkūleʻa in the Makaʻala Lobby of Aulani Resort. PC: Hugh Gentry Photography.

Three organizations, ʻAha Pūnana Leo, Hawaiian Airlines and Aulani, a Disney Resort & Spa, are being presented with the Hawaiʻi Tourism Authority’s highest honor – a Tourism Legacy Award – for their efforts to revitalize and normalize Hawaiian language usage in everyday life.

Presented annually, the Tourism Legacy Awards honors organizations and individuals that have established a legacy of aloha through their perpetuation of the Hawaiian culture.

This year’s awards will be presented at the final event of Hawaiʻi’s Global Tourism Summit, the Tourism Legacy Awards Lunch, on Wednesday, Oct. 3, 2018.

ʻAha Pūnana Leo is being honored for its dedication to the teaching and advocacy of ʻŌlelo Hawaiʻi (Hawaiian language) in Hawaiian medium education schools. Hawaiian Airlines and Aulani, a Disney Resort & Spa are being recognized for the commitment of their respective business practices and employees to the implementation of ʻŌlelo Hawaiʻi within their operations.

The presenting sponsor of the Tourism Legacy Awards Luncheon is Bank of Hawaiʻi, the world’s only financial institution with Hawaiian as a language option when using its automatic teller machines.

Kalani Kaanaana, HTA director of Hawaiian cultural affairs, said, “ʻŌlelo Hawaiʻi is unique to our islands, people and culture, as it encapsulates a Hawaiian world view, value system, concepts, and as the vessel through which cultural perspective and thought live on.

“Committing to the normal, everyday usage of ʻŌlelo Hawaiʻi is about helping to save an integral part of our culture, which makes these islands and how we live so distinctive from anywhere else in the world. We congratulate ʻAha Pūnana Leo, Hawaiian Airlines and Aulani, a Disney Resort & Spa for the sense of kuleana and leadership they have demonstrated in helping to ensure that ʻŌlelo Hawaii and the Hawaiian culture are being represented authentically, respectfully and with care.”

This year is especially significant to celebrating the usage and implementation of ʻŌlelo Hawaiʻi, as Governor David Ige declared 2018 to be Ke Au Hawaiʻi, the Year of the Hawaiian. Three noteworthy anniversaries are being recognized this year in paying tribute to the culture, language, traditions and history of the Hawaiian people.

It was 25 years ago, in 1993, when the US Congress and President Bill Clinton presented a formal apology to the Hawaiian people for America’s role in the overthrow of the Hawaiian Kingdom on
January 17, 1893.

This year also marks the 40th anniversary of the 1978 Hawaiʻi State Constitutional Convention that led to Hawaiian being reaffirmed to its rightful standing as an official language of the State of Hawaiʻi, establishing Hawaiian education programs in public schools, and introducing Hawaiian language immersion programs, all of which has brought the Hawaiian language back from the brink of extinction.

In addition, it was 100 years ago when Prince Jonah Kūhiō Kalanianaʻole founded the first Hawaiian Civic Club. 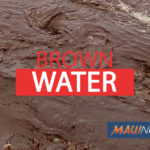 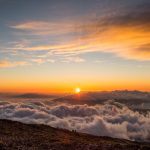