Big Island Police are asking for the public’s assistance in identifying an unknown male in connection with a sexual assault reported to have occurred at the University of Hawai‘i at Hilo campus on Thursday night, Oct. 4, 2018.

Police were called to the University just after 8 p.m. and learned that a female student reported to campus security that she had been accosted by an unknown male within a restroom on campus about a half hour earlier.

The victim described the suspect as a standing approximately 6-feet tall, wearing black denim pants and a backpack. 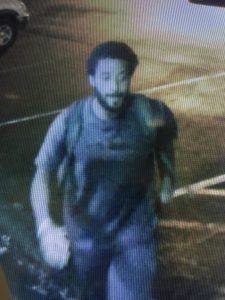 Police say the accompanying image was captured on a campus security surveillance camera and depicts a man matching the description given by the victim. PC: Hawaiʻi Police Department.

Police say the accompanying image was captured on a campus security surveillance camera and depicts a man matching the description given by the victim.

The surveillance footage was taken in close proximity to the time and location of the reported sex assault.

The investigation is being conducted by detectives assigned to the department’s Juvenile Aid Section.

Anyone who may have any information regarding the identity of the male depicted in the photograph is asked to call Detective Richard Itliong at (808) 961-2278 or the police non-emergency number at (808) 935-3311. 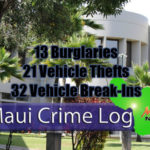 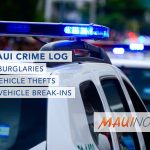