Parents, Teachers to Hold Walk-In Protests at Schools Across State

Frustrated by the lack of funding in Hawai‘i’s schools, some parents are joining teachers at 50 public school campuses across the state before classes on Tuesday, Oct. 16, 2018, as they campaign in favor of the school funding amendment.

A Hawai‘i State Teachers Association press release said they will wave signs and hold walk-in protests from about 7 to 7:45 a.m.

Parents and teachers involved are asking the public to support our schools and our keiki by voting “yes” for the constitutional amendment that is on the Nov. 6 ballot.

The protest movement has increased to nearly 50 schools since teachers held protests at six schools on Oct. 2.

One of the larger protests on O‘ahu will be in Makiki, at the Nehoa Street intersection between Roosevelt High and Stevenson Intermediate, where parent groups and teacher leaders will be available for interviews from 5:30 to 7:30 a.m. for morning news programs. Then, sign-waving protests will begin one hour before the school bell at around 7 a.m., and 15 minutes before the bell, the protesters will walk in to their schools together in solidarity.

Last month, WalletHub released the results of a survey that found Hawai‘i is the worst place out of the other 49 states and Washington, D.C., to be a public school teacher, because of low salaries as well as a lack of both funding and support in the classroom.

About the Hawai‘i State Teachers Association

The Hawai‘i State Teachers Association is the exclusive representative of 13,700 public school teachers statewide. As the state affiliate of the three-million member National Education Association, HSTA represents and supports teachers in collective bargaining, as well as with legislative and professional development issues. 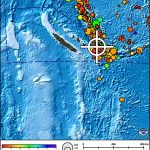 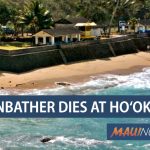 Ho‘okipa Sunbather Dies After Being Run Over by Truck