The Coast Guard with assistance from the Navy is searching for a fisherman reported overboard from a vessel 80 miles north of Hāna, Maui on Sunday afternoon.

The crewmember reportedly fell overboard from the 68-foot Kawaiola fishing vessel sometime in the afternoon.  A distress call was made at 5:11 p.m. indicating that the man was last seen on the deck of the vessel at 2:30 p.m. Later, the crew realized he was no longer aboard and made the call for help.

The search includes a Hercules aircrew, a Navy Seahawk crew, and the Coast Guard Cutter Kittiwake was en-route and scheduled to conduct search patterns at first light.

The weather on scene is reported as winds of 17 mph and seas of 5 feet. 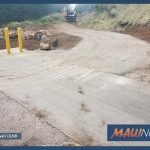 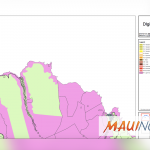