‹
›
×
Matt Kuchar and Charles Howell III, became the final two players to qualify for the 2019 Sentry Tournament of Champions, happening Jan. 2-6, 2019 in Kapalua, Maui.
The two come off of recent PGA TOUR victories and join the likes of the other 35 winners to qualify for the Maui event, which returns to The Plantation Course.
Matt Kuchar:  Making his second start of the 2018-19 season, Kuchar captured his first PGA TOUR victory since the 2014 RBC Heritage, winning by two shots over Danny Lee at the Mayakoba Golf Classic. With his eighth career PGA TOUR victory, Kuchar secured the opportunity to return to the Sentry Tournament of Champions, where he finished T17 in 2015. The win comes at the end of what had been a disappointing year by Kuchar’s lofty standards in which he finished out of the top 70 of the FedExCup standings for the first time since 2007. Following his victory Kuchar was excited to return to Maui saying, “My 2018 wasn’t what I wanted.  This is a high note. It’s an amazing thing to get a win. I go from ‘Hola’ to ‘Aloha.’ I’m pretty excited about that.”
Charles Howell III:  Howell ended the final PGA TOUR event of the year on an emotional note, winning The RSM Classic in a playoff to collect his third career PGA TOUR victory and first since 2007. Howell defeated Patrick Rodgers with a 15-foot birdie putt on the second playoff hole to end an 11-year victory drought. The 39-year-old finished the 2017-18 season at No. 53 in the FedExCup standings and extended his FedExCup Playoffs appearances to a perfect 12 of 12, one of 10 players to accomplish that feat in the FedExCup era. With the victory, Howell secured the opportunity to make his third appearance at the Sentry Tournament of Champions and looks to improve upon a career-best finish of T8 in 2008.
The Sentry Tournament of Champions winners-only event offers a variety of opportunities to get involved and up close with some of the game’s biggest stars, such as defending champion Dustin Johnson, reigning FedExCup champion Justin Rose and 2018 PGA TOUR Player of the Year Brooks Koepka.
Tickets: A variety of ticket packages are now on sale, including daily and weekly options. The Champions Weekly Package offers the best value as it includes two tickets to the Pro-Am along with two weekly clubhouse tickets and on-site parking. Aloha Club Skybox tickets are also available for purchase. Tickets are available at SentryTournamentofChampions.com. Fans are reminded each year that up to three children ages 18 and under are admitted free of charge to the tournament with every paid adult (applies to grounds access only).
All four competitive rounds will be broadcast on Golf Channel.
ADVERTISEMENT 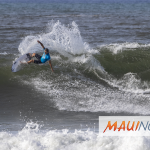 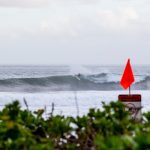