Rep. Tulsi Gabbard Calls to End US Military Support of War in Yemen

Last Wednesday, Rep. Tulsi Gabbard called on congress to vote against a Republican rule to block a vote on a bipartisan resolution that would have ended US military support for Saudi Arabiaʻs war in Yemen. The congresswoman also urged to bring the resolution to the floor for a vote.

Rep. Tulsi Gabbard is also co-leading a bipartisan letter urging Members of Congress to vote against this rule that prevents the resolution from coming to the House floor for a vote.

“Last night, House Republicans on the Rules Committee voted to undermine our democracy by blocking the American people and Members of Congress from having a debate and the ability to vote on a bill that would end US support for Saudi Arabia’s genocidal war in Yemen – a war that has created the world’s worst humanitarian disaster in generations, leaving 22 million people in dire need of humanitarian aid, tens of thousands of civilians killed, and many more vulnerable to mass starvation, famine, and cholera,” Gabbard said.

“Now, later today, Congress has the opportunity to do the right thing. We are faced with a choice. I urge my colleagues to VOTE NO on H.Res.1142 so that Congress can fill our constitutional role, debate, and vote on this critical issue. It is long overdue that we end U.S. complicity in Saudi Arabia’s atrocities. We must end all U.S. support for Saudi Arabia’s genocidal war in Yemen now,” Gabbard said.

A Video of Rep. Tulsi Gabbard’s Floor Speech is Available online. The full resolution can also be found online. 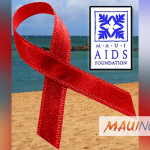 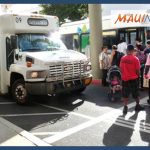