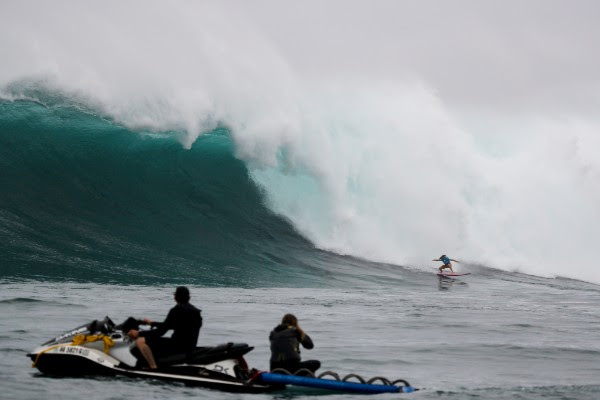 Today, the World Surf League Big Wave Tour has issued a Green Alert for the Jaws Challenge at Peʻahi, Hawaiʻi to run on Monday, Nov. 26, 2018.

“We are all systems go for the Jaws Challenge at Peʻahi to run on Monday, November 26,” said Mike Parsons, WSL BWT Commissioner. “We have officially issued a Green Alert and the competitors are all gearing up for the second Big Wave stop of the season. The swell is looking in the 35-to-45-foot face range and we are excited for the world’s best big wave surfers to put on a show for the world.”

Fresh off the heels of a massive storm system in Europe where South African Grant “Twiggy” Baker took out the Nazaré Challenge, the world’s best big wave surfers eye a second event for the 2018/2019 WSL Big Wave season with the Jaws Challenge at Peʻahi, Hawaii on Maui’s North Shore. The world’s best big waves surfers, including defending event winners Paige Alms (HAW) and Ian Walsh (HAW) will take on waves that are expected to be in excess of 35 feet (10 metres).

Peʻahi, known as “Jaws,” breaks off the northern coastline of Maui with the ability to produce waves in excess of 60 feet. The event premiered on the BWT in 2015 and has witnessed exceptional performances since its addition to the Big Wave Tour. Peʻahi is also the venue that hosted the first WSL Women’s Big Wave Tour event and crowned the first Women’s Big Wave Tour Champion. All eyes will be on this venue this year to see the top-ranked BWT surfers take on the monstrous conditions.

In addition to the Jaws Challenge at Peʻahi, next week will feature four other must-see events: the World-Title deciding Beachwaver Maui Pro; the Vans World Cup (the second stage of the Vans Triple Crown of Surfing); and the World Longboard Championships and World Junior Championships in Taiwan. WSL will deliver live coverage of the events on Facebook.com/WSL and WorldSurfLeague.com.

WSL CEO Sophie Goldschmidt said, “This is an incredible moment for surfing: one massive week with more events than ever before, all covered by WSL, making it truly groundbreaking. Surf fans can max out on wall-to-wall coverage, all leading into the hotly anticipated men’s Championship Tour finale soon afterwards.”

Watch LIVE
The WSL Jaws Challenge will be broadcast LIVE on WSL’s Facebook page and WorldSurfLeague.com. Also check local listings for coverage from the WSL’s broadcast partners. Follow WSL Social platforms for coverage of behind-the-scenes preparation for an epic week of surfing. 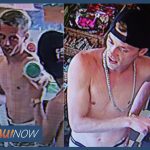 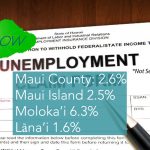