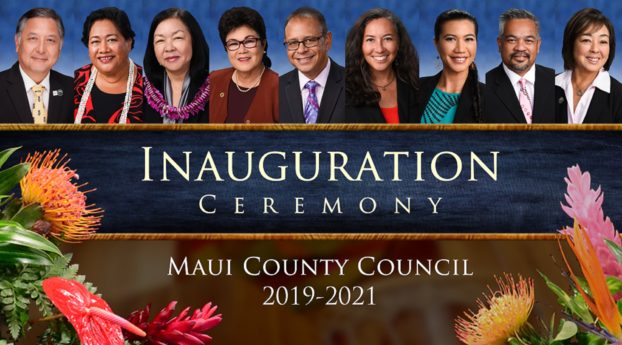 Wailuku Attorney Anthony Takitani will serve as master of ceremonies. The Honor Guard of the county’s Department of Fire and Public Safety will present the colors and the national anthem will be sung by two fire fighters and a retired battalion chief.

At 2 p.m. the council will hold its organizational meeting for the new term.  The meeting will include the election of a Council Chair and Vice Chair, establishment of standing committees, adoption of rules and appointment of staff.

Several appointments will come up for approval including Josiah Nishita as County Clerk, Maria Zielinski as Director of Council Services, Margaret Clark as Deputy County Clerk, David Raatz as Supervising Legislative Attorney in the Office of Council Services and the re-appointment of Lance Taguchi as the County Auditor.  January 2nd is also the first official day of the new administration.

The inauguration ceremony and the council meeting are open to the public, with limited seating. Both events will be shown live on Akakū Channel 53 and on MauiCounty.us. 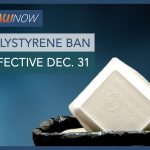 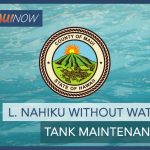