A legislative package consisting of a total of 10 bills and one resolution in each chamber has been introduced by the Women’s Legislative Caucus to address a series of issues facing women in Hawaiʻi.

Each year, the caucus, which is comprised of women legislators from both the Hawaiʻi State Senate and House of Representatives introduces an official package of bills and resolutions.  For over 20 years, it has advocated for the diverse interests of women, children and families throughout the Aloha State.

Senator Roz Baker of Maui said, “I am proud to be part of a group of smart, dedicated women lawmakers, Democrats and Republicans, who crafted this package of bills addressing discrimination, lack of economic opportunity and other challenges many women still face today, based solely on their gender. Our caucus looks forward to working with all our colleagues and community advocates on these important measures this session.”

Issues addressed in this year’s package include:

“Each of these bills represents a step toward guaranteeing every woman in Hawaiʻi the most basic of human rights: the right to live a happy, successful, and self-directed life without facing unfair obstacles,” said Senator Laura Thielen.

“Society has turned away from these questions for too long,” said Representative Linda Ichiyama. “Rather than view women who have experienced sexual harassment or former sex workers primarily as victims, we can take steps to empower them and help move to the next phase of their lives.”

“It is our responsibility as a community to see to it that women today can live their lives without facing the negative effects of discrimination, harassment, or trafficking,” said Representative Lauren Matsumoto. “Together, we can impact society in a significant way.”

Beginning in 2015 and formalized in 2016, the Caucus expanded to include women members of the four county councils to join state lawmakers in promoting legislation at the state and county levels.

The package will be featured at The Women’s Legislative Caucus Annual Press Conference and Panel Discussion at the YWCA Fuller Hall on Wednesday, Jan. 23, 2019. 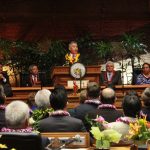 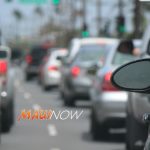