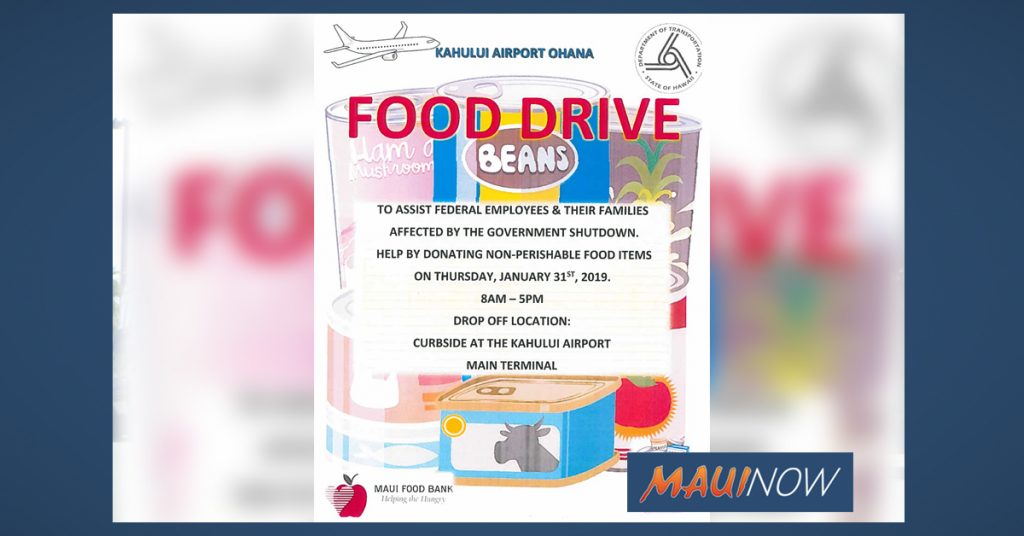 The Kahului Airport ʻOhana, along with the Maui Food Bank will hold a food drive on Thursday, Jan. 31, 2019 to assist federal employees and their families affected by the government shutdown.

The drive will run from 8 a.m. to 5 p.m. with curbside drop off of donations being accepted at the Kahului Airport Main Terminal.

Donations being accepted include canned goods and non-perishable food items.

Airport District Manager, Marvin Moniz said the department and organizers would like to show appreciation and support to the airport’s federal workers. “On behalf of the State of Hawaiʻi Department of Transportation Airports Diision Maui District, we want to say mahalo to our visitors and residents for the continued support during these challenging times,” said Moniz.

During a portion of the food drive, the newly acquired Airport Rescue Firefighter Emergency Vehicles will be on display at the Kahului Airport. 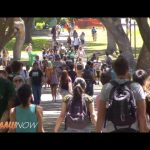 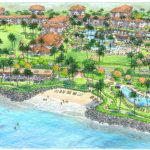