Man Treated for Burns to Hands in Waihe‘e Tent Fire

A 65-year-old man was transported to the hospital for burns to his hands after a tent caught fire in Waihe’e, Maui on Wednesday night.

Police responded to reports of flames seen in an area above St. Ann Church on Kuhinia Street at around 11:33 p.m. on Wednesday, Jan. 30, 2019, according to Maui Fire Services Chief Rylan Yatsushiro.

Maui fire crews arrived on scene to find a 20-foot by 20-foot tent-type structure completely involved and destroyed by fire. Fire officials say the man who was burned is believed to have been residing at the site.

The fire was officially declared extinguished shortly after 12:18 a.m. on Thursday.

The cause of the fire has not been determined. 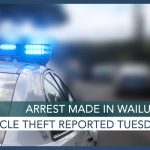 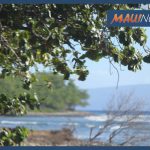