Report: Maui Hotels Lead State in Revenue Per Room in 2018

The Hawaiʻi Tourism Authority recently released a Hawaiʻi Hotel Performance Report for 2018. According to the report, hotels statewide ended the year with 5% rises in both revenue per available room and average daily rates. The report also states that Hawaiʻi hotels saw a slight decrease in overall occupancy.

Hawaiʻiʻs hotels ranked second in RevPAR compared to other hotels throughout the country. Hawaiʻi also led the US hotel industry in ADR, followed by New York City and San Francisco/San Mateo. Hotels in Hawaiʻi also ranked third in the country for occupancy.

Hawaiʻi counties were strong competitors compared to international destinations as well. Maui County hotels ranked third in highest RevPAR internationally, with hotels in the Maldives ranking the highest, followed by French Polynesia. Aruba and Kauaʻi rounded out the top five.

There were 6,800 fewer available hotel room nights statewide in 2018 compared to the previous year. According to HTA, the closing of Volcano House and other properties temporarily taking rooms offline for reservations contributed to this decrease. STR, Inc., the company that provided the data for HTAʻs report, considers rooms that are out of service for 30 or more days closed. Room revenues statewide totaled to $4.36 billion for the year, up 5% from the previous year. 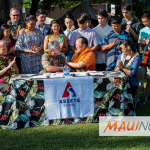 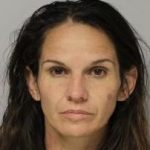