An opening hearing will be held to receive testimony on the Auwahi Wind Farm draft Habitat Conservation Plan amendment.

Auwahi Wind Energy, LLC operates eight 3-megawatt wind turbines augmented by an 11-megawatt battery storage system located on ‘Ulupalakua Ranch, on the eastern side of the island of Maui. The project was constructed in 2012 and has been in operation since that time.

The DLNR Division Division of Forestry and Wildlife hearing will be held at 7 p.m. on Feb. 15, 2019 at Kula Elementary School.

The project has an approved HCP and associated Incidental Take License that was issued Feb. 9, 2012 for incidental take of four species protected under State and Federal endangered species laws.

Model estimates show that the take limit of one of the species, the Hawaiian Hoary Bat (Lasiurus cinereus semotus), has been reached due to the wind turbines causing greater fatalities than anticipated and Auwahi Wind is requesting an increased take for it. Auwahi Wind Energy, LLC is seeking approval of a major amendment to the HCP as part of the request to increase the amount of incidental Hawaiian Hoary Bat take authorized under the ITL.

The wind facility would implement avoidance and minimization measures, monitoring, and tiered mitigation commensurate with the new take levels. Mitigation would include protecting, managing, and enhancing habitat that is suitable for bat foraging and roosting.

Copies of the draft HCP amendment are available for review at the DOFAW office in Honolulu and at this LINK. A review copy will also be available at the public hearing.

Individuals requiring auxiliary aids (taped materials or sign language interpreter) are asked to contact the Division of Forestry and Wildlife, 1151 Punchbowl Street, Room 325, Honolulu, HI 96813; (808) 587-0166. Those whoare unable to attend the hearing and wish to provide testimony can submit comments by Feb. 21, 2019 to Glenn Metzler at the address listed above or to [email protected] 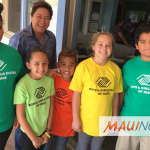 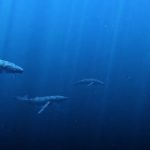