The states seek to “block the Trump Administration’s emergency declaration, the unauthorized construction of the border wall, and any illegal diversion of Congressionally-appropriated funds.”

President Trump has called the executive action, “essential to our national security.”  According to information compiled by the White House, “The bill provides $1.375 billion for approximately 55 miles of border barrier in highly dangerous and drug smuggling areas in the Rio Grande Valley, where it is desperately needed.”

According to a fact sheet compiled by the White House, “President Trump is taking Executive action to ensure we stop the national security and humanitarian crisis at our Southern Border.”  The document further states, “The President is using his clear authority to declare a national emergency as allowed under the National Emergencies Act.”

Attorney General Connors said, “We joined this litigation because the President’s declaration of a national emergency is clearly unlawful.  In addition, his unconstitutional actions would directly harm our state by diverting lawfully appropriated funds from our drug interdiction programs and military construction budget.”

The Hawaiʻi AG office issued a press release today saying, “President Trump’s crisis is merely a pretext to justify redirecting congressionally-appropriated funds to build a wall along the southern border after he failed to get Congress — or Mexico — to pay for it. The facts do not support President Trump’s rhetoric or his declaration. Unlawful southern border entries are at their lowest point in 20 years, immigrants are less likely than native-born citizens to commit crimes, and illegal drugs are more likely to come through official ports of entry. There is no credible evidence to suggest that a border wall would decrease crime rates.  However, a diversion of funds intended to support programs like our drug interdiction initiatives will make Hawaiʻi less safe.”

The states allege that the Trump Administration’s action “exceeds the power of the executive office, violates the US Constitution and federal statutes, and would illegally and unconstitutionally divert federal funds appropriated by Congress for other purposes.” The suit seeks “declaratory and injunctive relief to block the emergency declaration, the construction of the wall, and any illegal diversion of congressionally-appropriated funds.”

A copy of the petition can be found here.

Scroll Down to Read 149 Comments 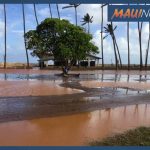