Students from Pace University’s Media, Communications and Visual Arts department will be visiting Hawaiʻi to conduct interviews and capture footage for their upcoming documentary, “Living on the Edge in Paradise.”

The theme of this year’s documentary is the recent volcanic eruptions of Kīlauea. Producers are specifically focusing on the relationship between the active volcano and residents of Hawaiʻi. They are seeking stories from those who have been affected by the events surrounding the eruptions.

“The question at the core of this documentary is how does this affect life in Hawaiʻi?” said Maria Luskay, EdD, professor and program director, Master of Arts in Media and Communication Arts. “We hope to portray the real Hawaiʻi to the world. If you feel like your story needs to be heard, the team is all ears.”

The documentary team, 20 students and two professors, will be staying in Hilo from March 17 to 23, 2019. They will be in and around the Hilo area working to tell the story of the people through a series of on-camera interviews. To schedule an interview and be featured in the film, e-mail [email protected] or contact Luskay directly at [email protected] or (203) 565-8949.

Last year, 18 Pace graduate students went to Puerto Rico to film the destruction of Hurricane Maria, the most powerful storm to make landfall on the island in 85 years. Students conducted more than 50 interviews in their effort to tell the story of the people of the island and capture their spirit as they attempt to rebuild with little assistance.

Students will be chronicling the Hawaiʻi journey on their blog, Pace Docs. 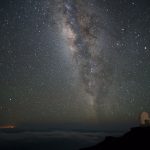 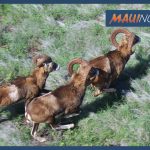