Hawaiian Airlines today announced it is adding a third daily flight between San Francisco and the Hawaiian Islands in October using its new Airbus A321neo aircraft.

Hawaiian’s new non-stop, narrow-body service will augment daily flights the airline currently offers aboard wide-body Airbus A330 between SFO and both HNL and Maui’s Kahului Airport.

Tickets for the new flights are on sale.

Both the A321neo and A330 aircraft offer luxurious leather seats in first class, and the airline’s popular Extra Comfort seats with added legroom and enhanced amenities.

“We are delighted to offer our Bay Area guests another option to experience our award-winning hospitality on the way to Honolulu aboard the comfort of new Airbus A321neo aircraft,” said Brent Overbeek, senior vice president of revenue management and network planning.

Hawaiian, which inaugurated flights at SFO in 1986, today welcomes nearly 500,000 guests annually to Hawai‘i from the Bay Area – more than any other carrier – from its growing and convenient network of flights departing from SFO, Oakland International Airport and San Jose International Airport.

Hawaiian, which offers non-stop service between North America and Hawai’i from 12 mainland cities, will soon add a 13th US gateway when it begins flights between Honolulu and Boston on April 4, 2019. 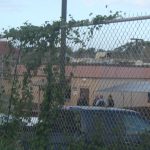 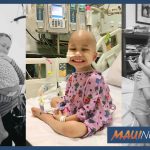