The ACLU Hawaiʻi is speaking out after multiple local news outlets recently reported that an attorney for former Honolulu Police Chief Louis Kealoha has demanded that Kenneth Lawson, an associate faculty specialist at the William S. Richardson School of Law at the University of Hawai’i and co-director of the Hawai‘i Innocence Project, stop commenting about the Kealoha case or be fired.

ACLU of Hawai‘i Executive Director Joshua Wisch said, “The ACLU supports free speech rights for all people, including Ken Lawson. The Kealoha case is arguably the single largest corruption case in the history of our state, and it is only natural that experts such as Faculty Specialist Lawson are sought out to add perspective for local media reports. Such restrictions are never to be taken lightly, and are the rare exception to our right to free speech. We believe they are not warranted here.”

In an ACLU press release, Wisch said, “This demand was made by an officer of the court toward a public university, which is supposed to be the quintessential forum for the marketplace of ideas and has the added protection of academic freedom. Demanding that a University restrict the free speech rights of its own faculty or fire them is a slippery slope and deserving of the most rigorous review. We do not believe restrictions on speech are warranted here.”

“Free speech rights belong to everyone,” said Wisch. “Like any defendants, the Kealohas are entitled to a presumption of innocence and to the enjoyment of due process rights. Like all of us, faculty member Lawson is entitled to share his thoughts on the case.”

The ACLU is now urging UH Law to review and reject this demand to restrict what they call “Lawson’s free speech rights.” 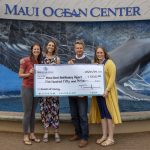 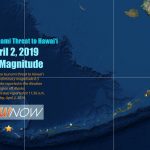 No Tsunami Threat to Hawai‘i After 6.5 Aleutian Islands Quake