Alabama, Davidson, Indiana, North Carolina, Providence, Stanford, Texas and UNLV will convene in Maui for the 37th annual Tournament, which will be contested November 23 to 25, 2019 at the Lahaina Civic Center on the island of Maui.

“Each year, the Maui Jim Maui Invitational prides itself on bringing the best college basketball teams and talent to the island of Maui,” said Tournament Chairman Dave Odom. “2020 is no different, with the Lahaina Civic Center hosting some of the game’s most historic programs of all time.”

Each team in the 2020 field will be making a return appearance in Maui, including four members of the 2008 field: Alabama, Indiana, North Carolina, and Texas. The upcoming event will also feature attendees from the inaugural 1984 Tournament, Davidson and Providence; the Friars took home the Maui championship that year. Previous Tournament champions also include Indiana (2002) and North Carolina (1999, 2004, 2008, 2016). After winning the Maui Invitational in their most recent appearance, the Tar Heels went on to win the NCAA Tournament title later that same season.

The Maui Jim Maui Invitational is also announcing a new element of the 2020 event. The Tournament has a longstanding tradition of presenting each team with its very own hand-made, customized surfboard, and will now be hosting a contest that sources the surfboard designs directly from the students of the participating schools. Contest winners will be announced in the fall and honored at the schools’ surfboard presentations in 2020.

Since the inception of the Maui Jim Maui Invitational in 1984, 126 schools representing 26 conferences and 40 states have competed in the event. Teams that have participated in the Maui Jim Maui Invitational throughout the event’s history own 68 of the 79 NCAA championships. Seven schools have gone on to win the national championship after competing in Maui earlier in the season. 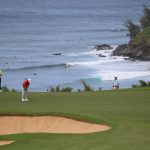 Tiger Woods Qualifies for 2020 Sentry Tournament of Champions on Maui 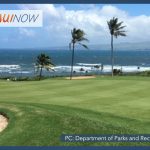