The Hālawa Correctional Facility employee who died on Monday has since been identified as 37-year-old Darwin Fernandez, officials with the Department of Public Safety confirmed.

Fernandez was a cook supervisor in the staff dining hall at the Hālawa Medium Security Facility. He was employed with the Department of Public Safety since Nov. 16, 2011.

Fernandez was found unresponsive in a staff bathroom at approximately 3:10 p.m. Facility medical staff responded to provide medical assistance and confirmed his death at about 3:20 p.m.

“Our thoughts and prayers go to his grieving family. This is a difficult situation for them as well as our staff,” said Public Safety Director Nolan Espinda. “We are fully cooperating with our law enforcement partners as they investigate the death and acknowledge that they need to be able to do their jobs without speculation from us on the how’s and why’s surrounding this tragic situation.” 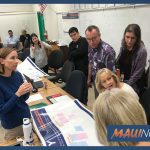 Input Sought on Next Decade of Hawai‘i Education 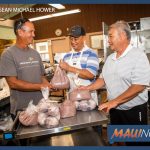