In the early morning hours of Wednesday, May 29, 2019, a crew of searchers aboard a helicopter spotted the body of missing hiker Noah “Kekai” Mina, according to a family spokesperson.

Mina was reportedly found about 300 feet below a “fall line” in the summit region of Mauna Kahalawai (West Maui Mountains).

“The family would like to thank the community for their prayers and support and ask for privacy at this time,” a spokesperson said.

An official statement will be made later.

Mina, 35, has been missing since May 20, 2019.  The search effort focused on the West Maui Mountains along the Kapilau Ridge in ʻĪao Valley.

Earlier in the search crews found the missing man’s slippers at around the 2500 foot level.  At the suggestion of firefighters, crews left water and food at the site, but checks of the area in the following days showed nothing had been disturbed or taken. 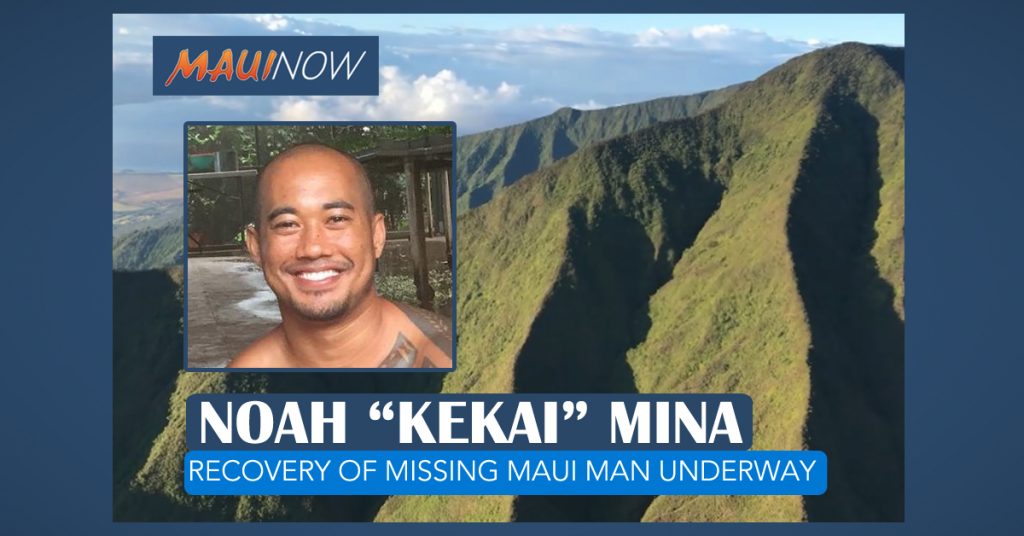 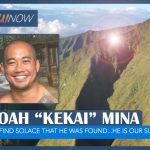 Family of Noah "Kekai" Mina: "He is our Sunshine."